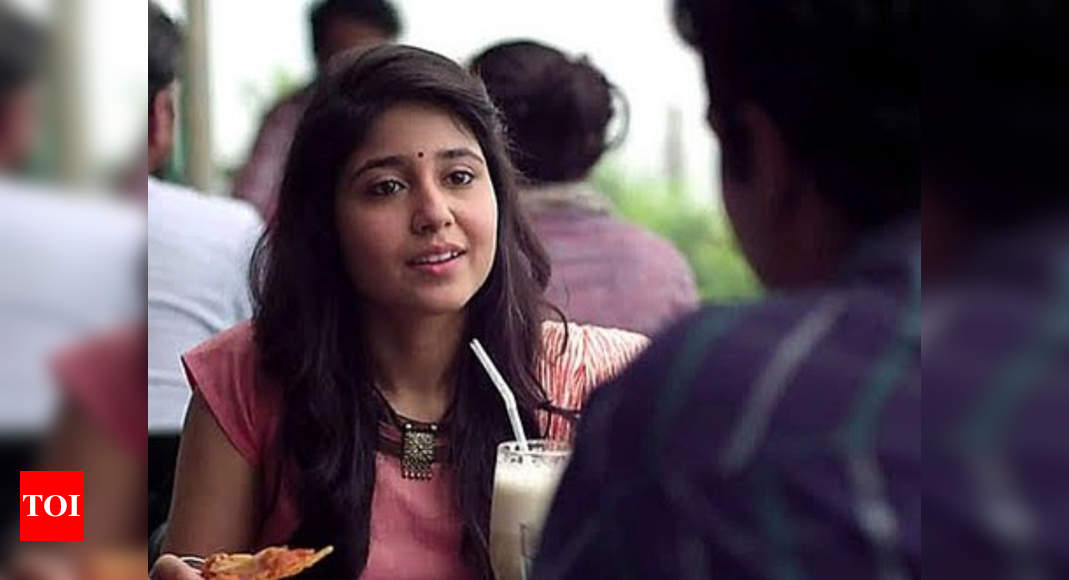 Shweta Tripathi, Vicky Kaushal and Richa Chadha starrer romance drama ‘Masaan’ completed 5 years today since its successful release in 2015. The directorial debut of Neeraj Ghaywan was among the hit Bollywood films of the year which had received several critical acclamations, nationally and even internationally.

In an exclusive interview with Etimes, ‘Masaan’ fame actress Shweta Tripathi shares what makes her debut film close to the heart and reveals what has been her experience in Bollywood ever since the success of the film.


The funny thing is, actually I was playing the role of a child but I was not a child in real life. I was maybe 23-24 years old when I started acting but the character I was playing was in school. So, the characters I have played have been 10 to 12 years younger than my actual age and I enjoy it because that’s what makes me how I am, I never take myself too seriously. No matter how dramatic it gets, the age of my characters has never crossed 24 years old.

Your Bollywood debut has just completed 5 years, how did you get the film? Was it difficult to get the role or fit into the role?


What I really like about this film is the character of Shaalu that was written for me. So, I tested for the part and I got it. I believe in ‘
character character par likha ha actor ka naam’ because what I had done earlier was nothing similar to this. ‘Masaan’ was worlds apart. But, I think Neeraj Ghaywan saw Shaalu in me. For me, as an actor, the most important thing is to do justice to the character just how the writer and the director have imagined it to be. My award is that my writer and director are happy and it makes me happy, nothing for me is more important.

You talked about ‘Masaan’ being close to your heart in your latest social media post, can you share one fond memory from the film?


When we were looking for the role of Deepak and auditions were going on for the character, I remember hearing from someone that Deepak can’t be too tall because I was 5 ft and I was happy knowing that the male lead would be picked according to the female, it was great. Then, Vicky Kaushal comes into the picture who was 6 ft but then that was amazing because to be an actor your height and skin colour doesn’t matter. I am very glad about my choices cause I never felt I was inadequate in any way. The credit goes to my family. I find joy in breaking the societal stereotypes about beauty standards because I want my characters to be different from me and each other. I feel very blessed that I was working with the right kind of people, for this case, Neeraj Ghaywan, Varun Grover and Avinash Arun, you just can’t go wrong cause you’re in safe hands. I will choose ‘Masaan’ as my debut film over and over again.

‘Masaan’ is one of Bollywood’s most critically acclaimed films which even featured Richa Chadha and Vicky Kaushal. Are you still in touch with your co-stars?


Absolutely, we are in touch. I feel so blessed that for my first film I had somebody who had more experience than me. Richa Chadha never made me feel alone even for a second. From trailer launch to film premier she was always there supporting me. She was so much senior to me in terms of work, but she had never made me feel that I was a newbie or anything. It was always so positive. In fact, after having a co-actor like Richa Chadha in my first film, now If I am working with someone who’s just starting their career or new in the industry, I want to reach out and help them. These are the thing we tend to often forget but in time we need to appreciate these things. ‘Masaan’ has given me relationships, people, and a connection with Benaras.

Did ‘Masaan’ make it easier for you to get work in Bollywood? How was it after the critical acclaim from the film?


‘Masaan’ gave me credibility. You can say I had an A+ in my report card and after that what subject I wanted to choose was upto me. I took my time to decide what projects want, and by that, I don’t mean being lazy. Even before ‘Masaan’, I had finished shooting for ‘Haram Khor’ which was released later. It gave me a good learning experience. I remember, Nawazuddin bhai telling me once during the film that some actor should be choosy and that struck me.I realised that I want quality over quantity. I love what I do, I really enjoy acting. I think every time we play a character, we give a part of ourselves to the character, so I think it’s important to choose correctly. Both of my films were so fabulous that I didn’t want to compromise on it.

One after one Bollywood has lost so many of its gems, including Sushant Singh Rajput, have you met him or had a chance to work with him?


I never had a chance to work with Sushant, but I remember inviting him to the premiere of my film ‘Haram Khor’ to which he replied very sweetly about the kind of work I do and said he’ll try to be there. It was very sweet and humble of him to appreciate my work.

How difficult it is to get work for an outsider to excel in Bollywood? Is it struggling? How much did you struggle in your career?


Thankfully, I never had to deal with the outsider struggle and maybe it was because of the project that I was doing. Luckily, when #MeToo movement was taking over Bollywood, I had not experienced it either and I was not made to feel like I wasn’t enough by anybody. The credit goes to the kind of people I have worked with. They were wonderful.

Do you have any message for other aspiring actors trying to make it to the Bollywood?


Not only for actors, but to anybody who read this that the world and society will try to tell you a lot of things about how you should be and how you should be. But, as an artist, you have trust your instinct and nothing is more important than that. If you are convinced about your role or your part, you have to work it out and nobody has the right to make you feel small. It will be struggling but dream big. Shoot for the moon and even if you miss, you will land among the stars.