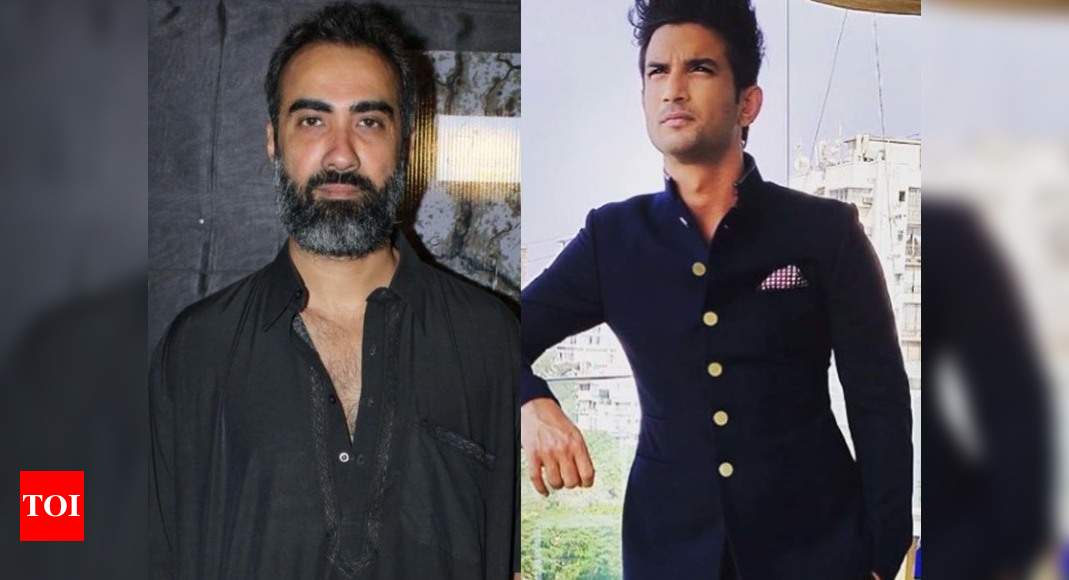 Sushant Singh Rajput committed suicide at his residence on Sunday. As soon as the news spread, everyone went into a state of shock. Celebs took to their respective social media accounts to mourn the demise of the talented actor.

Now, actor Ranvir Shorey who shared screen space with Sushant in ‘Sonchiriya’ spoke exclusively to ETimes about his fond memories with the actor and more.

Excerpts from the conversation:

You were present at Sushant’s funeral what thoughts were running through your mind at that moment?

It was utterly anguishing and dismaying to see a bright and young co-actor, at the peak of his career, leave us so unexpectedly. We are left grappling with unanswered questions. What was going through his head when he took such a decision? What prompted him to leave his family, friends and well-wishers behind so unceremoniously? It was heartbreaking to watch his grieving family try to cope with such a big tragedy. Moments like this make one question our own existence and the world we live in.

Were you in touch with him or were you aware that he was going through a tough time?

No, it’d been a while since we were in touch. Last I knew, he was doing quite well. He had a number of things going on that he was excited about.

Any fond memories you share with him? How will you remember him as an actor?

My fondest memory of him will be when we were shooting ‘Sonchiriya’ in Dhaulpur, and there was a big lunar event happening at the time. He was very fond of astronomy. He flew down his huge telescope, and set it up in the garden of our hotel. Then he organised a beautiful get together for all of us to watch the entire lunar event. He made me see the rings of Saturn that night. I’ll never forget that.

We worked in only one film together, ‘Sonchiriya’. But it was a very deep and intense bond that we shared while making the film. All of us did. At the time, we were all bonded and impassioned in making this beautiful film, that we thought the audience will love and remember. Then the film didn’t do well at the box office when it released, but the critics liked it and we thought oh well at least people will remember it over time. It was a shared journey. I never imagined that this shared journey will be cut short like this. It’s so sad.

Many celebs have come forward and acknowledged how Bollywood was not there for him when he needed support, any comments on that?

I am not aware of any such details in particular, but I know how fickle and ruthless this business is, especially as you get closer to the top. We need a more free and democratic environment in the film business.

‘Sonchiriya’ was helmed by Abhishek Chaubey and was released in March last year.

Meanwhile, earlier on Monday morning, Rajput’s family reached Mumbai from Patna for the actor’s funeral that took place at Vile Parle Crematorium amid heavy rains. A large number of mediapersons, fans and the police were present for the actor’s last journey.