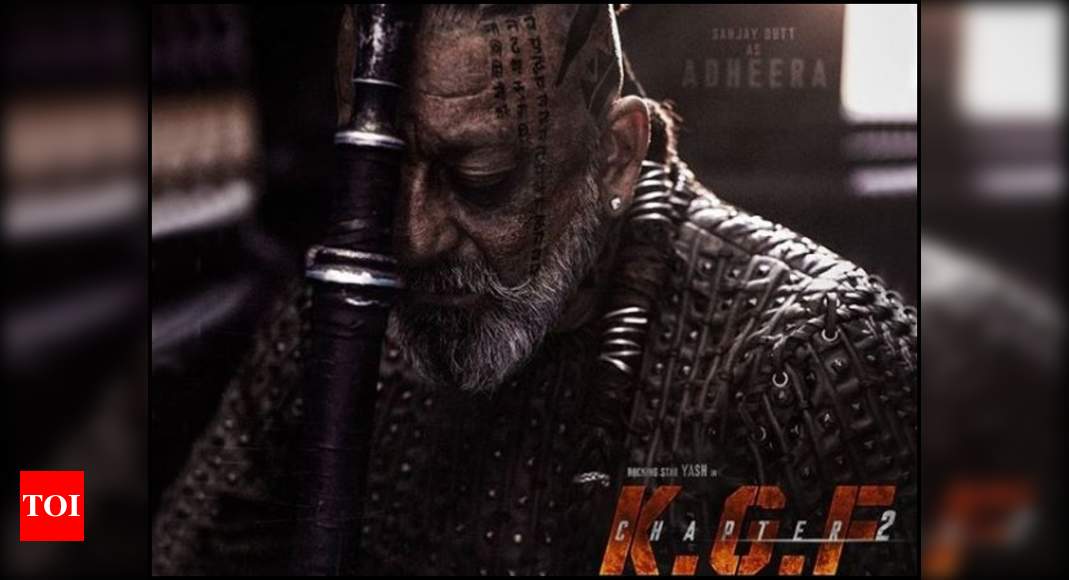 Sanjay Dutt, who turns 61 today, took to social media to share the first look of his most awaited film ‘KGF Chapter 2‘. The talented actor, who is all set to make his debut in Kannada cinema with the multi-starrer is be essaying the character of Adheera, the main antagonist in the film.

Taking to Twitter, the birthday boy shared his first-look from the film and wrote, “It’s been a pleasure working on this film and I couldn’t have asked for a better birthday gift. Thank you @prashanth_neel, @Karthik1423, @TheNameIsYash, @VKiragandur, #Deepak, #Lithika, #Pradeep & the entire team of KGF.”

It’s been a pleasure working on this film and I couldn’t have asked for a better birthday gift. Thank you… https://t.co/SCkoAvDFC9

Sanjay, who has essayed negative roles in the past has never got fans this excited with his on-screen look. The veteran actor can be flaunting dreadlocks with tattoos on his face and head, giving his overall look a Viking vibe. Check out what fans have to say about Sanjay’s look here:

Meanwhile, the first instalment was a huge hit, the second one which is helmed by Prashanth Neel will see Yash and Srinidhi Shetty reprising their characters. While Bollywood actress Raveena Tandon also joins the cast as she essays the character of India’s Prime Minister, Ramika Sen in ‘KGF Chapter 2’.