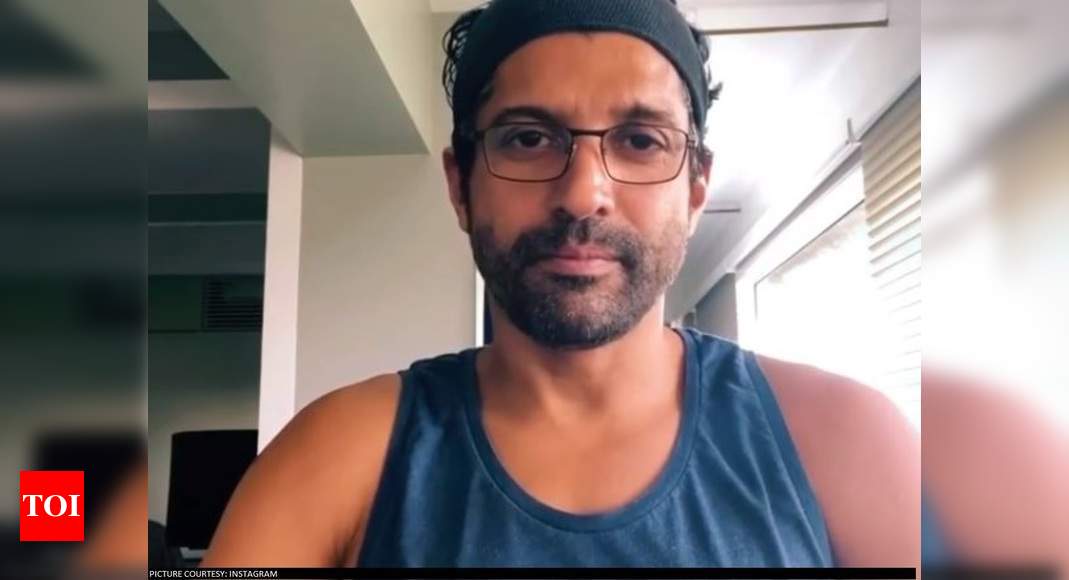 After the sad demise of Bollywood’s young and talented Sushant Singh Rajput, a wave of shock and grief spread across the nation. But along with that, debates over the issues of depression and nepotism too emerged. Fans and celebrities as one expressed their opinions and spoke of the importance of acknowledging Depression as a serious issue. Meanwhile, Sushant’s family has had to deal with a lot of intrusions upon their privacy by media and others who have been drawing up theaories on what caused the demise of the actor. Among those who sincerely feel that the family needs to be given time to mourn is fellow actor Farhan Akhtar. Being a star kid himself, he knows what is the other side of the story and so in a recent interview with a leading publication, Farhan explained his thoughts on nepotism among other things.

Farhan said that this was firstly not the time to discuss how and why Sushant passed away. Secondly, while admitting that star kids do get a head start in terms of reaching out to filmmakers, the actor said that he firmly believes that the industry ultimately ‘functions purely on success and failure’. He said that while that privilege is there, it is not a bad thing as ultimately only the talented ones of even that lot will taste success. He also said that while all outsiders are not always treated badly in the industry, even all insiders are not always ‘clanish’.

After the passing away of Sushant Singh Rajput, when everyone was posting condolence messages on social media, Farhan had shared a short, presumably self-written poem which read, “Sleep my brother sleep, let all the vultures gather and the crocodiles weep. Let the circus performers juggle, contort, bow and leap. Let the shrill get higher, let the darkness in the hearts of men get deep. Sleep my brother, Sleep. RIP Sushant.”

On the work front, Farhan was last seen in Shonali Bose‘s ‘The Sky Is Pink’ along with the global diva Priyanka Chopra and Zaira Wasim. He will be next featuring in Rakeysh Omprakash Mehra‘s ‘Toofan’ where the actor will be seen portraying a National level boxer.