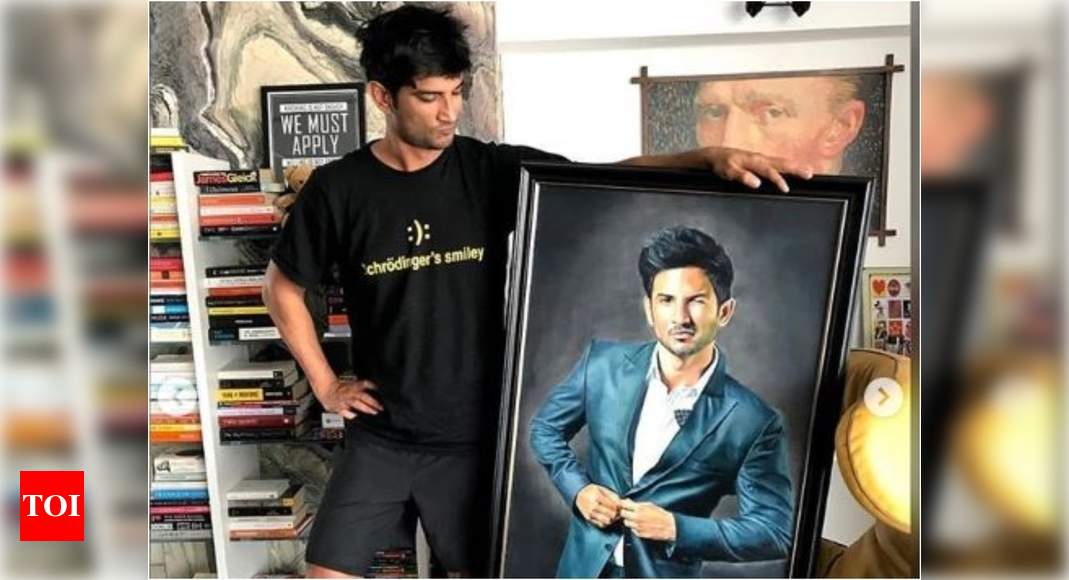 Bollywood actor Sushant Singh Rajput‘s suicide has left all his fans in a state of shock as no one can believe that the talented actor took his own life. With his last release turning out to be successful at the box office, this news has left everyone stunned in the industry as well.

Several Bollywood celebrities took to social media to mourn the loss of the talented actor, his fans have been sharing throwback pictures and videos in memory of the actor. But what grabbed our attention this throwback picture of Sushant posing with a fan art while showing off his infectious smile. Check out the post here:

Meanwhile, an uproar has started on social media where a few big names like Karan Johar, Ekta Kapoor and others are being called responsible for Sushant’s suicide. On the other hand, a few B-town celebs have come out and talked about how actors suffer in the industry due to nepotism and the prestigious Bollywood clubs.

Sushant’s co-stars Shraddha Kapoor, Varun Sharma, Kriti Sanon and several others attended his funeral on Monday in Mumbai. Meanwhile, his family members immersed his ashes in the Ganga yesterday.