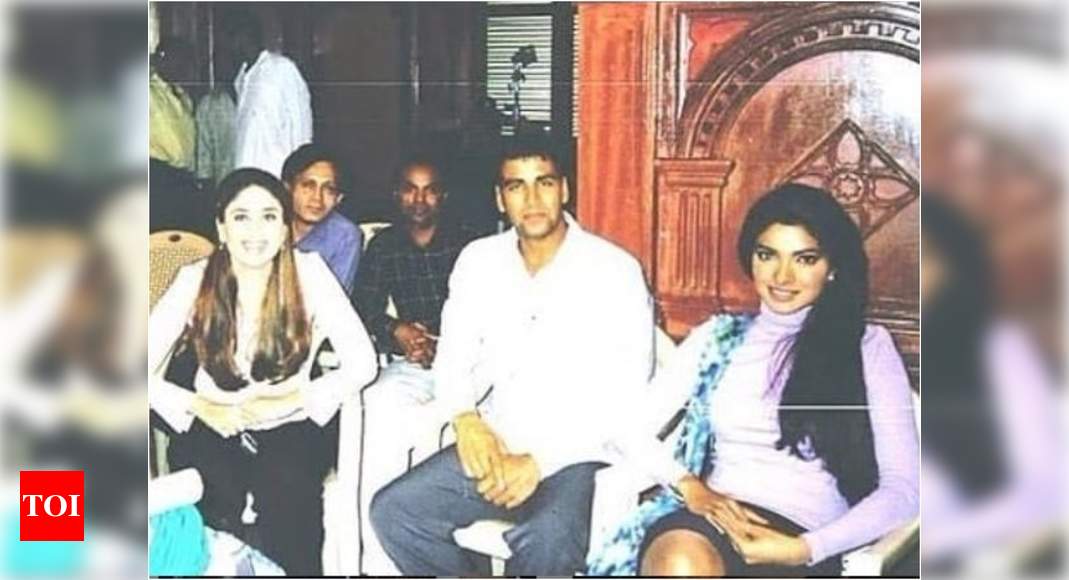 Abbas-Mustan’s romantic-thriller ‘Aitraaz’ which released in 2004 saw phenomenal talents like Priyanka Chopra, Kareena Kapoor Khan and Akshay Kumar team up on the silver screen for the first time. While the film turned out to be a huge hit at the box office, the stunning performances by the leading actors left everyone on the edge of their seats.

The trio has now reached greater heights in their respective careers. But a BTS throwback picture from the film’s set has grabbed our attention where Akshay, Bebo and PeeCee can be seen flashing their infectious smile at the lens while they chilled together. Check out the post here:

While Kareena and Akshay have self-quarantined themselves at home amid the ongoing pandemic, Priyanka too has self-isolated herself at home with hubby Nick Jonas in the US and has also been raising awareness about the pandemic. Meanwhile, fans have already started sharing adorable posts for PeeCee as she turns a year older in a few hours.

On the professional front, Akshay and Kareena had recently teamed up together for a family drama titled ‘Good Newwz’ which also starred Kiara Advani and Diljit Dosanjh.