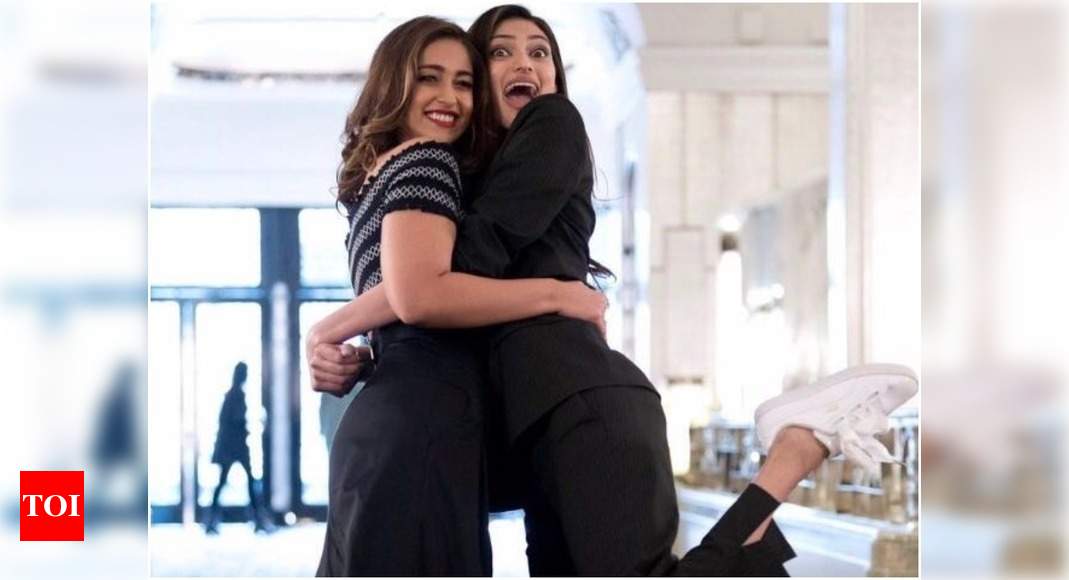 It’s been three years since the release of Mubarakan, and the friendship between the lead actresses of the film, Ileana D’Cruz and Athiya Shetty, has only grown stronger. This Friendship Day, ‘Athu’ and ‘Ilu-Pilu’ as they fondly address each other, talk to Bombay Times about their camaraderie, what they bond over the most and how good friends help us better ourselves. Read On…

At the time of Mubarakan’s promotion (in 2017), both of you spoke volumes about how you got along with each other. But, given how actors have to quickly move on to their next project, very often, even after sharing a great bond, they don’t end up keeping in touch…

Ileana: But, we did! I think our no-filter, no-judgment attitude is what bonds us.


Athiya: Yes, I agree. It’s also true that actors tend to move on after every project, so I didn’t think that we would stay in touch, but we got together from the word go. I remember, the first time I met her was when I had come for the screening of Rustom (2016). There’s a scene in the film where Ileana’s crying and it left me impressed. I went up to her and said, ‘Hey, you are such a good crier!’ Later, I was like oops… did I just say that, as that was the first time ever that I met her and interacted with her. It could have been a little more formal than that, is what I thought (laughs!).

Ileana: But, that’s exactly her… no filters! Whatever is on her mind, she says it out loud. It is very rare to meet someone, who you can be yourself with and have no filters. I don’t have to think about what conversation to have with her. I can just be me.


Athiya: I feel that from day one, I have been able to trust her. I have told her things about myself and I know that she will keep it to herself. I have always looked up to Ileana for the way she presents herself. She is so full of grace and is a very honest person.

What is it that you bond over the most?

Athiya: Predominantly, it’s food! I remember on the first day of the shoot of Mubarakan, Ileana had baked coconut macaroons for me. She is a fantastic baker. Till date, I ask her for recipes, though she knows that I won’t try making them. During the London schedule of the film, we would go out on food outings together. I was like…this is the best co-star ever.

Ileana: Her room was next to mine and that’s literally how I would get her out of her room. I would drag her out by planning food trails.

Your friends often make you a better person, as there is so much to learn and exchange from each other, even while having all that fun, right?

Athiya: So, Ileana has OCD and I honestly believe that after I met her, I developed that as well. If my hair was out of place during the shoot, or if there was even a strand of thread on my ghagra that no one spotted, Ileana would. She is very particular about everything and I developed those traits after I met her.

Ileana: I am quite the opposite of Athiya. While she is free-spirited, I tend to overthink. She just throws herself in a situation and enjoys it, while I tend to sit upright and hold myself back. Thanks to Athiya, I have started being comfortable and letting myself loose. So, being with her, I have learnt to let go.