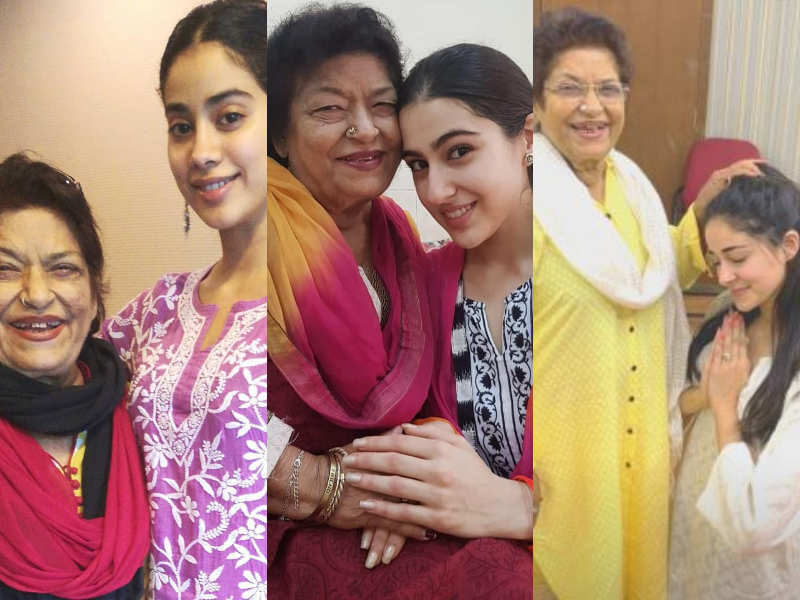 After the sudden demise of actor Irrfan Khan, Rishi Kapoor, Wajid Khan and Sushant Singh Rajput, now the legendary dance guru of Bollywood, Saroj Khan passed away on 3rd July due to cardiac arrest. Popularly called as masterji or even as the Mother of Bollywood Dance in India, Saroj Khan has delivered some of the greatest hits like ‘Ek Do Teen’, ‘Hawa Hawai’, ‘Dhak Dhak Karne Laga’, ‘Maar Daala’, ‘Nimbooda Nimbooda’, ‘Yeh Ishq Hai’ and much more. Choreographing some of the A-listers of Bollywood, masterji has worked with Sridevi, Madhuri Dixit, Rekha, Aishwarya Rai Bachchan, Rishi Kapoor, Amitabh Bachchan, Shah Rukh Khan and Kareena Kapoor Khan among others. However, the list doesn’t stop here. While many might not know that the dance legend was also training a few Bollywood newcomers in her dance classes. Curious to find out they? Here’s a list of Bollywood newcomers who got trained under late choreographer, Saroj Khan before her demise.