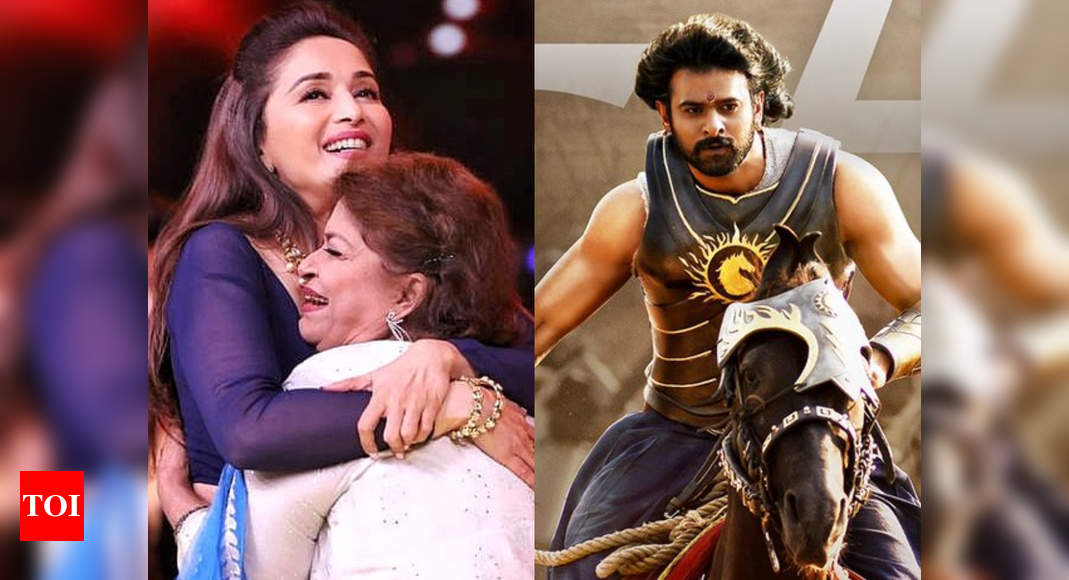 This week, like last week was quite eventful with a mix of emotions going around on social media. While on the occasion of Guru Purnima, Madhuri Dixit expressed her disbelief on Saroj Khan not being around anymore, Deepika Padukone wrote a special note for husband Ranveer Singh on his 35
th birthday. Meanwhile, those who are still mourning Sushant Singh Rajput’s loss found a temporary replacement to calm their souls as they found a lookalike of their favourite actor. On the other hand, a gangster-turned-politician, Vikas Dubey, was killed in an encounter in Kanpur, Uttar Pradesh and soon after the news broke, the filmy netizens immediately whipped up some funny memes on Rohit Shetty who is known for his cop drama ‘Singham’ where he has shown an orchestrated encounter. Let’s have a look at each of these posts that went viral this week.

Veteran choreographer Saroj Khan passed away on July 3 leaving the entire film industry in shock. And while Saroj Khan was loved by one and all, her all-time partner on set who had given her talent wings in the choreographer’s own words, Madhuri Dixit seem couldn’t help but miss her friend and her Guru on the occasion of Guru Purnima on July 5. In a long post, Madhuri expressed her sadness on Saroj not being around anymore and the post did the rounds on the internet.

Deepika Padukone’s wish for Ranveer Singh on his birthday

Ranveer Singh celebrated his 35
th birthday on July 6. So, it was natural that wife Deepika Padukone would dedicate a post to her beloved hubby. And she did! It was a rather general yet sweet post along with a beautiful monochrome picture of the lovebirds but fans couldn’t help but share the post over and over on social media.

And while we mourn the loss of a few more stars like Saroj Khan and Jagdeep, who passed away on July 8, fans are still unable to fathom that the young and talented Sushant Singh Rajput is no more. In an attempt to hold on to some part of their beloved star, fans have been watching and rewatching throwback videos of Sushant and going through his posts and interactions with fans. And while doing so, they came across a profile on Instagram, where a man looks too much like their Sushant. The person is called Sachin Tiwari and even you will be stunned to see how similar he looks to Sushant.

Gangster-turned-politician Vikas Dubey was arrested at Ujjain yesterday and today, news of him being killed in an encounter by the police broke the internet. Soon after this, many expressed that the circumstances under which Vikas was killed seemed orchestrated and straight out of a Bollywood film. Spotting the perfect fodder for memes, social media users got to work and churned out some hilarious memes surrounding Bollywood filmmaker Rohit Shetty who is known for his action –packed films including the popular cop drama series ‘Singham’.

The end of week also marked 5 years of the iconic period drama ‘Baahubali: The Beginning’. The Prabhas, Anushka Shetty, Rana Daggubati and Tamannaah-starrer has been incredible and has continued to receive love all these five years. Overwhelmed by the immense support that the multi-lingual drama received, makers released various posters and videos throughout the day on July 10 to celebrate the great piece of work. On the occasion, makers of Prabhas’ latest multi-lingual film with Pooja Hegde also released the first look of the film and fans were ecstatic about the new movie.