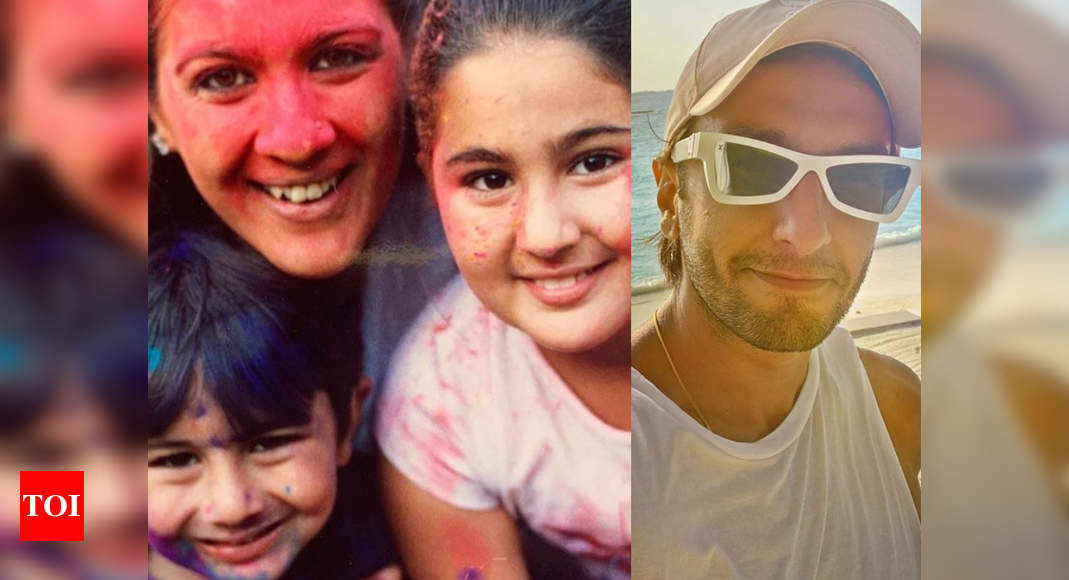 Another week saw more posts by celebrities that went viral. Sara Ali Khan got fans nostalgic with her mother Amrita Singh’s beautiful old picture, while Sushant Singh Rajput’s sister, Shweta Singh Kirti came with a reassuring update about their pet Fudge. Kareena Kapoor Khan and Ranveer Singh too delighted fans with their posts and Ankita Lokhande showed her love for the late Sushant. Let’s take a look at the posts that were most viewed and loved on the internet this week.


Sara Ali Khan yet again impressed fans with her brilliant rhyming skills last week when she shared a throwback Holi picture featuring herself along with mother Amrita Singh and brother Ibrahim Ali Khan. The colourful picture accompanied by a sweet original poetry by the talented young actress once again proved why Sara has the number of films on her hands that she has totally earned on merit. The post undoubtedly went viral as it was a pleasant burst of nostalgia with the beautiful Amrita’s picture.

Sushant Singh Rajput’s sister, Shweta Singh Kirti too had her followers’ attention as she posted an update about her late brother’s beloved pet Fudge. Informing the actor’s fans that the adorable black Labrador had been now moved to their home in Patna with Sushant’s father, Shweta’s post was a great reassurance for everyone who had been worried for Sushant’s pet.


Kareena Kapoor Khan’s post with husband Saif Ali Khan and son Taimur Ali Khan also won hearts as the cute family portrait was unmissable. Tagging the two men as her ‘favourite boys’ Bebo’s post broke the internet and Taimur’s special interest in the piece of food held by someone who was out of the frame added a comic element to the click.

Fans of the late Sushant Singh Rajput have been appealing for a CBI inquiry in the actor’s death case and it saw many online users taking part in a virtual candle march for the ‘Dil Bechara’ star. With the hastag #candleforSSR making it to the top trends on social media, Sushant’s ex-girlfriend Ankita Lokhande’s posts with a diya and a candle did the rounds on the internet.

And to conclude, Ranveer Singh’s throwback beach click with a relatable caption and the following fun banter with wife Deepika Padukone was much loved by fans. While Ranveer looked as cool as he ever could, Deepika’s comment on his caption left their followers in splits.