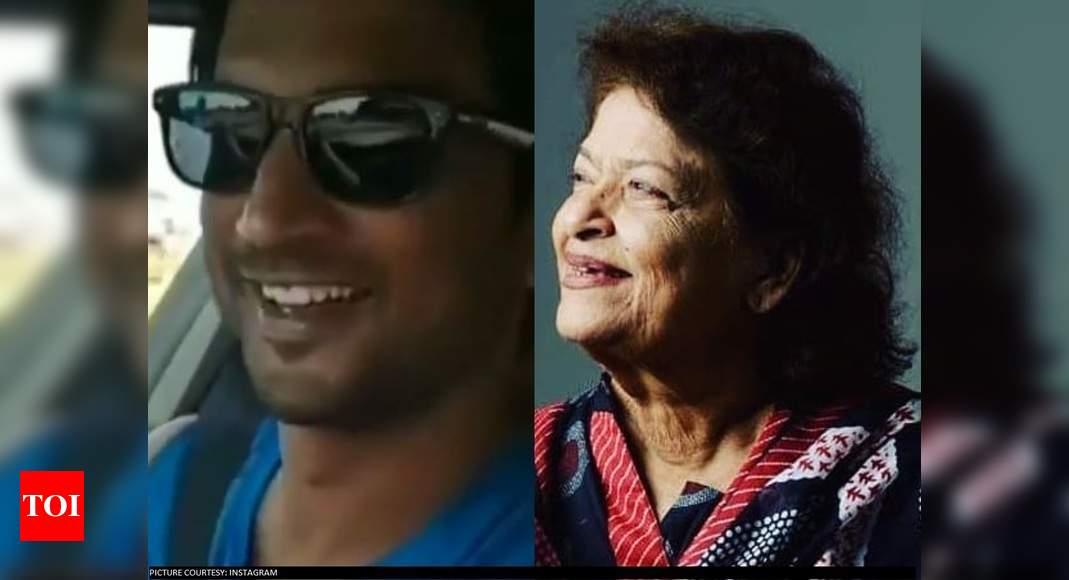 Just when the entertainment industry was recovering from the blow of losing one star, Bollywood lost another veteran this week. Ace choreographer Saroj Khan breathed her last early on Friday morning, leaving behind a trail of iconic dance numbers. Naturally, celebrities from all over poured in their condolence messages and fond memories of their beloved ‘Masterji’. But before that, during the week, other posts that broke the internet included several throwback clips of the late Sushant Singh Rajput, another throwback video shared by Nora Fatehi after which she was cast for ‘Dilbar’ and Bhumi Pednekar and Malaika Arora’s posts. Let’s have a look:


Out of the many throwback videos of the young and talented Sushant Singh Rajput, that have been doing the rounds on the internet ever since his demise, this particular clip was loved by way too many people. The main reason being that it was about not just Sushant but also his favourite hero, Shah Rukh Khan. In the clip, Sushant is seen recreating Shah Rukh’s song ‘Deewana Dil Deewana’ from ‘Kabhi Haan Kabhi Naa’ while driving a car. And the ‘Chhichhore’ star’s expressions are priceless, once again, making us want him back.

Bhumi Pednekar in support of Ek Saath Foundation in memory of the late Sushant Singh Rajput:

Meanwhile, Bhumi Pednekar took a kind step forward in pledging to feed 550 impoverished families to Ek Saath Foundation in memory of her ‘friend’ Sushant Singh Rajput, instead of indulging in empty words or throwback pictures. Fans and followers were impressed by the star’s act and the post was shared by many on the internet.

Nora Fatehi’s celebration of 14 million followers with a throwback video:


Bring in some happiness and energy to the week, Nora Fatehi’s throwback video won hearts as she also shared the story behind the clip that made it so important. While celebrating the 14 million mark of followers on her Instagram account, Nora shared the video and revealed that this was what fetched her the song ‘Dilbar’ and so for good luck, she wore the same dress in the song as well.

Alia Bhatt thanking the Academy for inviting her to be a member:


Then came great news that literally put Indian cinema and its stars on the map of World Cinema as Alia Bhatt and Hrithik Roshan were invited to be members of The Academy of Motion Picture Arts and Sciences. Sharing it with her fans and expressing how humbled she was, Alia shared a thank you note on her Instagram account and it instantly set the internet on fire. It indeed is a great pat on the back of Indian Cinema to have accomplished this feat.

Tributes to Saroj Khan after her demise:

My first genuine teacher in the film industry. She taught me for hours how to do the ‘dip’ for film dancing. One of… https://t.co/ctFkqTIx53

The end of the week saw another star leaving us for the heavenly abode as veteran choreographer Saroj Khan passed away on Friday morning. Once again, the entire film industry was saddened by the demise of their darling ‘Masterji’ who had left behind her life lessons, memories and iconic songs to which the most glamorous actresses had shaken a leg to. Tributes and condolences poured in and while all posts had priceless memories and stories behind them, Kajol, Shah Rukh Khan and Kareena Kapoor Khan’s posts stood out.