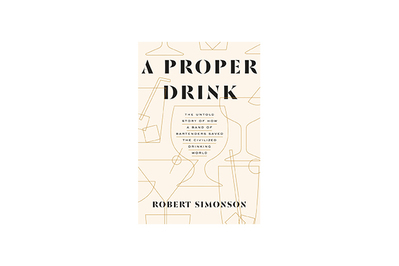 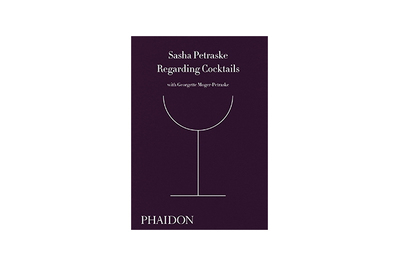 For the serious cocktail nerd, consider pairing two new books: A Proper Drink, by New York Times writer Robert Simonson, and Regarding Cocktails, by Sasha Petraske. The former, recommended by both Talia Baiocchi and Martin Cate, is more nonfiction than recipe book, a history of the craft cocktail revival of the past 20 years. The book starts in the Rainbow Room in New York City and moves on to San Francisco, then London, then to Eastern Europe. Through profiles of bartenders and bars, it covers the birth of the Cosmopolitan, molecular mixology, and the tiki revival, scattering recipes for both classic and “new classic” cocktails throughout. “Even if you’re not into drinks,” Baiocchi said, “it’s a really good story.”

A Proper Drink is also a great jumping off point to dive into what Baiocchi calls an “essential book of recipes”: Regarding Cocktails by Sasha Petraske. Petraske was the bartender best known for the NYC cocktail destination Milk & Honey (now closed), and features heavily in Simonson’s book. He died suddenly in 2015, and so the book, finished posthumously by his widow, Georgette Moser-Petraske, is partly what he intended. It’s a meticulous guide to making cocktails at home, and partly a memorial to the man himself. The recipes, illustrated with beautiful minimalist graphics, are his, but the introductions to each come from other bartenders and friends. The recipes—which are “awesome but really easy,” according to Baiocchi—are reason enough to get the book. Petraske believed that every cocktail is a variation of one of five classics: the Old Fashioned, the highball, the sour, the Martini or Manhattan, or the fix. The book devotes a chapter to each, offering recipes that perfect or play upon these basics in refined, uncomplicated ways. But it also includes some great reading material, from a super serious and detailed discussion of how to throw a cocktail party, to an unfinished essay on “Cocktails for Your Cat”—the clearest example of the absurd wit that often shines through Petraske’s exacting approach.