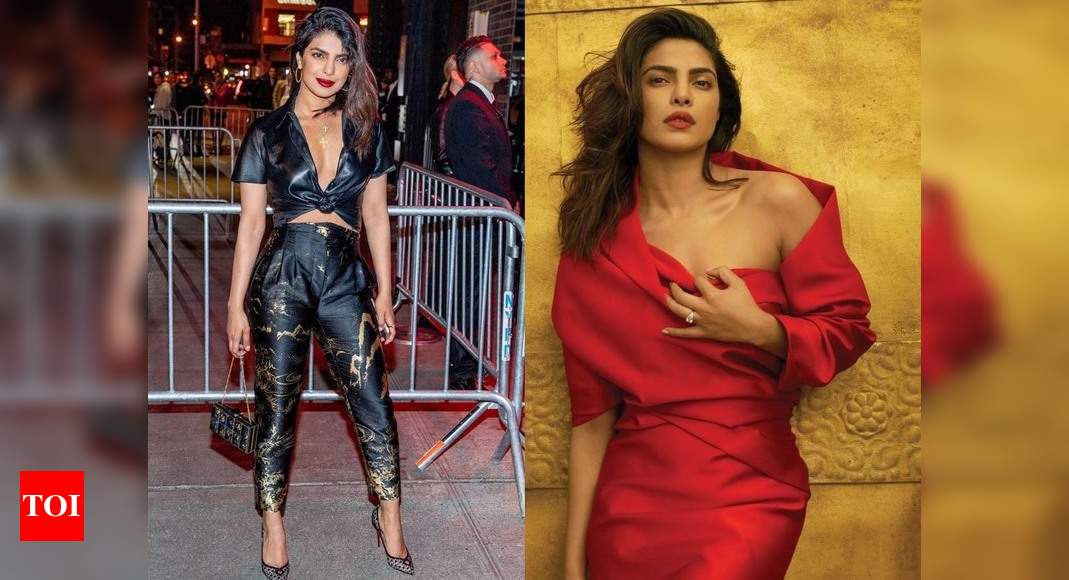 Priyanka Chopra has come a long way in her career as an actress. She marked her debut with ‘The Hero: Love Story of a Spy’ in Bollywood and went to become one of the highest-paid actresses of the industry. Not just Hindi cinema, the actress also overwhelmed the west with her performances in the show ‘Quantico’ and other Hollywood projects. She is a fashion icon as well as an inspiration to a lot of women out there. The actress has also working as the UNICEF Goodwill ambassador for child rights.

Today, the former Miss World has turned a year older and fans of the actress left no stones unturned to make her feel special. They took over social media and poured in love for PeeCee on her 38th birthday. Twitter has been flooding with her rare pics to videos! Check them out here:

@priyankachopra a bollywood heroine ..who has also a fame in Hollywood. She got so many prestigious and honourable… https://t.co/MFSMrSAzMR

Only Celebrity from India to attain several Awards ,gain huge respect and make our country and industry , proud and… https://t.co/TDGGosprsa

You was , is and always be the Queen Lots of love to you Most deserving Miss World#HappyBirthdayPriyankaChopra… https://t.co/AjieRIW83H

Wishing a Very Happy Birthday to The Desi Girl turned international Diva Who made India proud on various platforms… https://t.co/CoS3fIelPW

On the work front, she was last seen in Shonali Bose‘s ‘The Sky Is Pink’ co-starring Farhan Akhtar and Zaira Wasim. The film was released in October last year. According to the latest reports, she will feature in Keanu Reeves starrer ‘Matrix 4’.

Meanwhile, the actress is currently living with her husband – pop star Nick Jonas in the US. She has been updating how she is spending the lockdown days through social media posts.