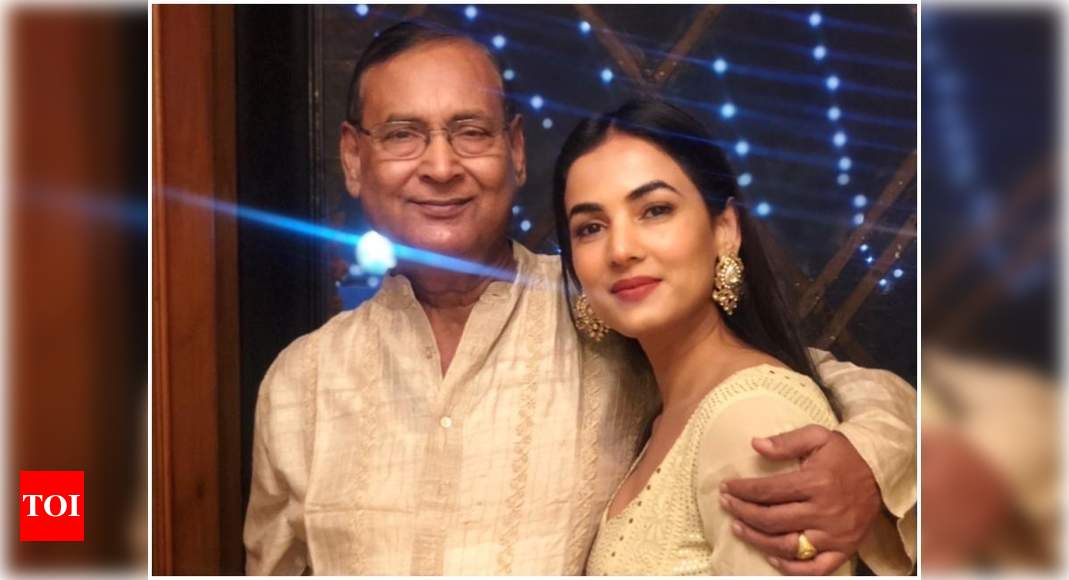 Bollywood actress Sonal Chauhan, who made her debut in with ‘Jannat‘ in 2008 has come a long way in her career. The talented diva has impressed the audience with her stellar performances on the silver screen and mesmerising looks.

Meanwhile, in an exclusive interaction with ETimes on Father’s Day, Sonal has opened up about how her relationship with her father has evolved over the years and the trait of your father which she would like to imbibe in herself.

Here are some excerpts from the interview.

What does father’s day mean to you?
My father means the world to me, he is my hero and he’ll always be my number one. He’s my inspiration. Whatever, I am today is because of him. He’s my everything.

Describe your relationship with your father.
My relationship with my father has evolved beautifully over the years. In my initial years, he was strict and he imbibed a lot of discipline in us, also because he’s from the services. As I grew up we became more like friends. Now I discuss everything with him and I really value his advice a lot. The only thing that has remained constant is respect.

What’s the one time you have got yelled from him? Any incident or memory that you remember?
I don’t really remember any incident where I got a yelling from him, but I do remember that whenever I didn’t want to go to school, he would get really upset. Since he’s quite a disciplinarian, he never endorsed or encouraged missing school or any kind of routine.

A trait of your father that you would love to imbibe?
There are many traits of my father that I would love to imbibe and I’m really working towards imbibing as many as I can, but a couple of things that I love about him are; his discipline which I think is extremely important to be successful in life and I love the fact that he is super organised, all his files and documents from years ago, he would still know exactly where they are because he organises them so well and everything in his life is beautifully organised. Another thing is that he’s a go-getter and he truly believes that once you’ve made up your mind about something, nothing should stop you from going all out for it and achieving it.

Who is your father stricter with? (if any sibling)
My father is not strict anymore with us since we have all grown up, he gives us that respect and freedom to do what we want to do. But at the same time, he is very firm, very persistent when he wants something done. Whenever he wants us to do something he follows up and makes sure it’s done and till then he doesn’t stop calling or checking with us.

Three things your father has taught you never to do.
– To never ever be scared of anyone if you are right. To be totally fearless and to stand up for the right thing.

– To never get flustered if you end up in a bad situation, deal with the problem with confidence, courage and strength.

– To never be stagnant in life. He believes in Always keep moving forward.

If you could change one thing about your father what would it be?
One thing about my father that I would like to change is definitely his unhealthy eating habits, that is one thing he needs to work on. He is a foodie and had a sweet tooth, he really enjoys his great food but I really want to change that about him.

Complete this sentence. My father is the best because…
He is just is the best and no words can’t do justice in explaining why he is the best. I don’t think I am even going to attempt because he is just the best father ever.