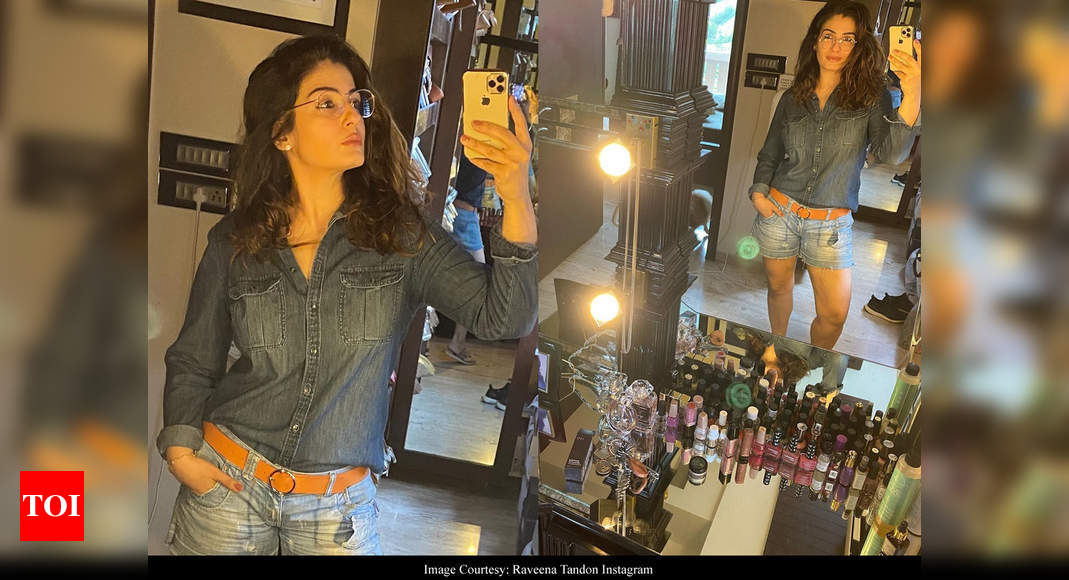 A week after cyclone ‘Amphan’ wreaked havoc in West Bengal, another cyclone – Nisarga, is expected to hit the western coast of Maharashtra. Raveena Tandon took to Instagram to share a note about the upcoming cyclonic storm and shared, “Checklist- keep emergency battery lights prepared and charged, unblock the drains around .. download a good movie on your phone , get the munchies ready. Hope this passes without incident. Hope all remain safe and dry. Hope there is no destruction..We Mumbaikars are always ready to jump in and help,if the need arises , but I pray that need, not be, stay safe all!”

The actress also posted a series of mirror selfies which also gave a glimpse of her dressing table. Dressed in denim shorts and shirt, Raveena tagged the clicks as #atmanirbharphotoshoot.

On the work front, Raveena will be seen playing a pivotal role in Kannada film ‘KGF: Chapter 2’. The film also features Sanjay Dutt and will be released in Tamil, Telugu, Malayalam and Hindi.