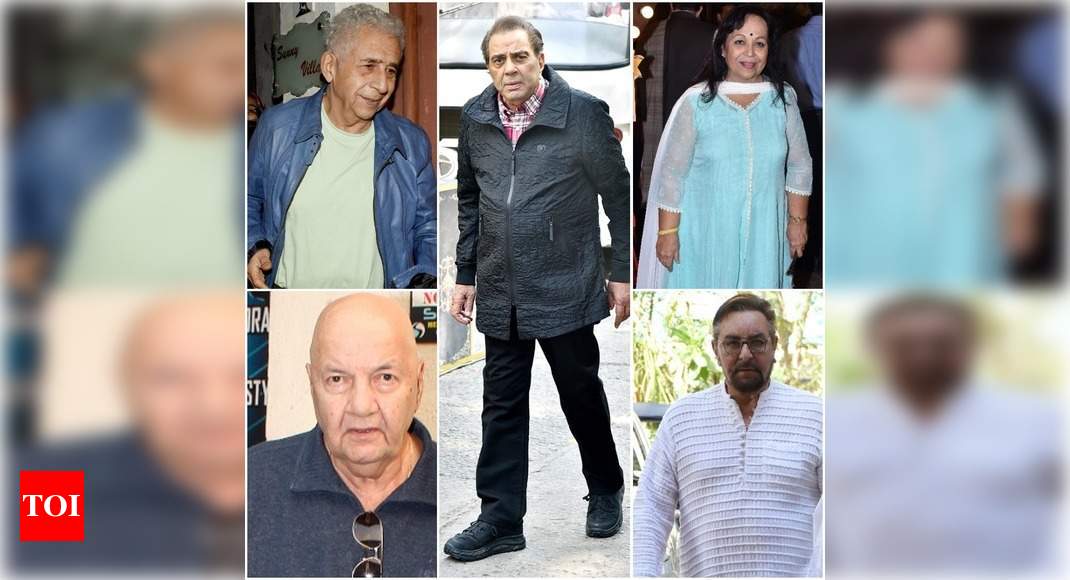 The Indian Motion Pictures Producers Association (IMPPA) and actor Pramod Pandey had recently approached the Bombay High Court against the Maharashtra Government’s new guidelines barring people over 65 years from taking part in any kind of work on the sets, given the ongoing COVID-19 crisis. In response, the court, after going through all the facts of the case, asked the state government’s counsel advocate Purnima Kanthariya that when there are no restrictions on 70-year-old shopkeepers to work, how can they stop people in showbiz from working and earning their livelihood. The final hearing on the petition will reportedly be held tomorrow.

The topic has been raging ever since the state government allowed the resumption of film shooting with a 16-page roster of guidelines. Member of Parliament and actress-danseuse Hema Malini, too, had stepped in to resolve the issue. She wrote a letter to Home Secretary Ajay Kumar Bhalla, requesting an amendment in the Government Resolution (GR) regarding this. Talking to BT, Hema had said, “Why make it a compulsion for them to stay at home? Actors can’t sit at home and do nothing. There are so many TV shows that have roles that are essayed by senior actors. So, they should be allowed on the sets.”

Interestingly, her husband, actor Dharmendra, while talking to BT, summed it up with the one line that the entertainment industry lives by — no matter what, the show must go on!

Here’s what 65-plus actors have to say about not being allowed to shoot, yet

Dharmendra, 84
‘Work is worship and actors should be allowed to work’

I feel like I have just started working at the age of 65 (laughs!). Personally, I would like to shoot, however, right now, I am enjoying my time at our farmhouse. Having said that, there are several senior actors from my fraternity, who are willing to work and make money. I believe work is worship and so, it must go on. Bas safety and precaution ka khayal rakhna chahiye and actors should be allowed to shoot.

Actors over 65 are too many and too essential to not be accommodated, sooner or later. My worry is about the others in the unit — assistants, make-up artists, camera attendants, light boys etc. Are they also to be banned because they’re 65? And if you are not 65, but 64, are you at any less risk?

‘It’s a matter of a month or two, we need to be patient’

I think they are absolutely right in barring people over 65 on the set. It is for the safety of senior actors. If someone gets infected, it will spread to the entire crew. I do realise their problem of being unemployed and not being able to make money, but I feel it is a matter of a month or two. We need to be patient.

‘If shopkeepers above 65 are working, then why bar the actors?’

Everybody has a right to earn their living. If I am hale and hearty, why should I not be allowed to work and have a dignified living? There are actors who are on their own, how do you expect them to survive? Also, there aren’t any restrictions on shopkeepers, bhajiwalas or others. So, why bar actors? The producers should also be considerate. Once an actor’s work is done, he/she should be allowed to leave. This way, you can control the crowd on the set.