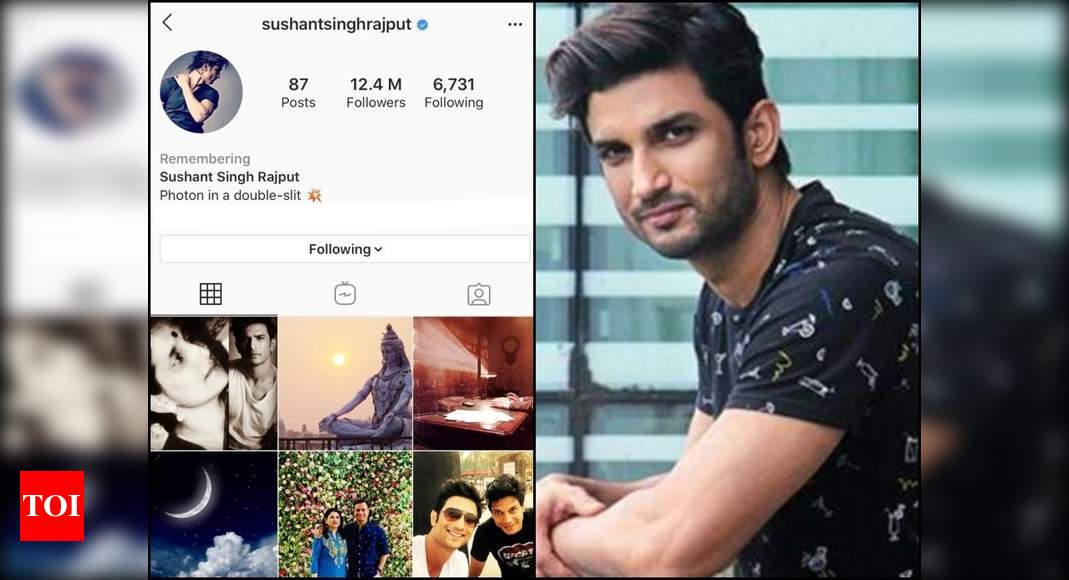 Sushant Singh Rajput’s untimely death has shaken the entire fraternity and his fans. He died by suicide at his Bandra residence on June 14. It is being reported that he was in depression and he was taking the treatment for the same. His suicide case is being investigated by the Mumbai Police and official statements of Sushant’s close friends are being recorded. Yesterday, his alleged girlfriend and actress Rhea Chakraborty was spotted at Bandra police station to record her statement.

Post his death, Instagram has now added ‘remembering’ tag to Sushant’s official handle. It is said that his account has been memorialized and such accounts are a place to remember and celebrate someone’s life after they have passed away. Have a look:

Meanwhile, the Mumbai Police has recovered five diaries from Sushant’s Mumbai home and they will be investigating the same.

Earlier, Sushant’s close friend and casting director Mukesh Chhabra was summoned by the police. In his statement, he revealed that Sushant had called him on his birthday. “In connection with an accidental death case registered at Bandra Police Station in #SushantSinghRajput suicide case, casting director Mukesh Chhabra’s statement was recorded today. Chhabra told that he shared good relations with Rajput and he was a good actor,” DCP Abhishek Trimukhe said in a statement to ANI.

Chhabra is also the director of ‘Dil Bechara’ which is a remake of the Hollywood film ‘The Fault in Our Stars’. It will now be Sushant’s last on-screen appearance. The film was set to release on May 20, but could not due to the COVID-19 lockdown.