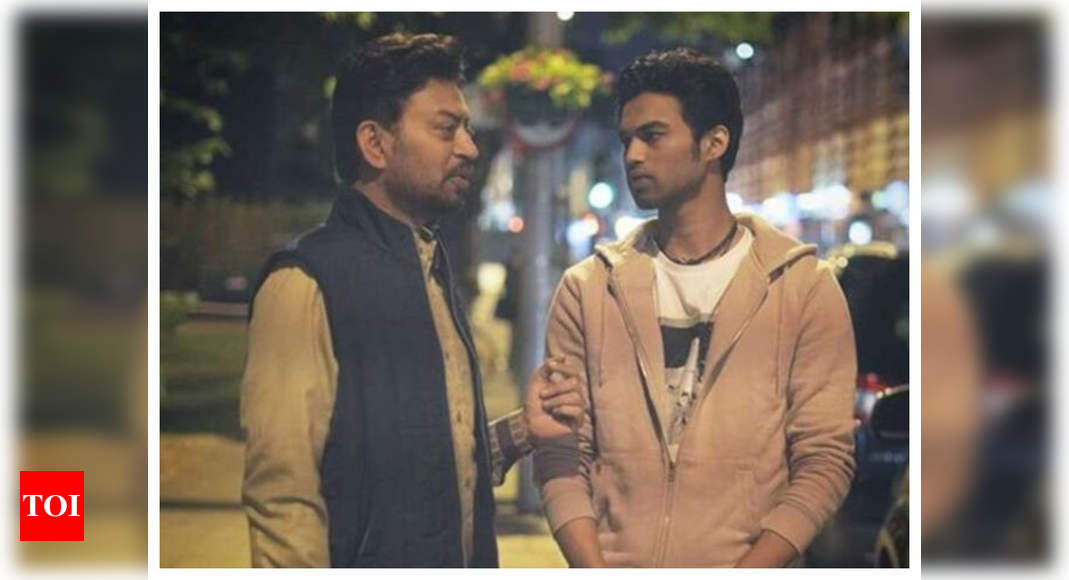 Irrfan Khan’s elder son Babil is quite active on social media where he commands quite a fan following. He is often seen sharing pictures, videos, and posts of himself and his loved ones and his followers just cannot have enough of the star son.
He recently took to his Instagram handle to share stories about religious discrimination that he has been facing lately. In his story, Babil mentioned how he can’t express anything about the people in power without his team telling him that it may be career-ending what he has to say. He further added that he is scared and afraid and wants to feel free again.

Check out his stories here: 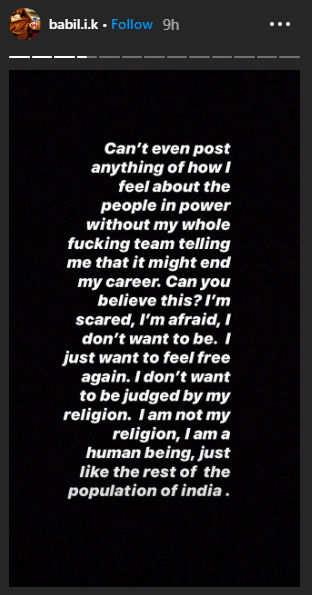 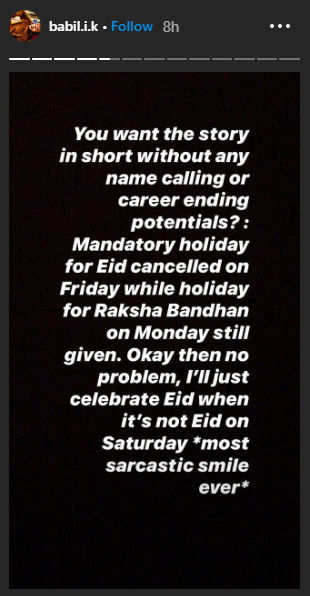 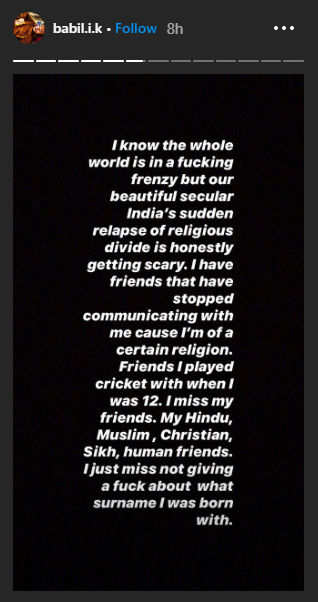 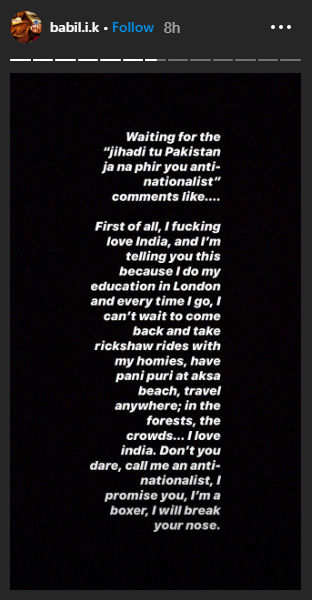 He also stated that the mandatory Eid holiday on Friday has been cancelled but the one for Raksha Bandhan on Monday remains intact. According to him, he knows the world is in frenzy “but our beautiful secular India’s sudden relapse of the religious divide is honestly getting scary.”

The star son also added that his childhood friends have stopped talking to him because of the religion he belongs to. He also said that he misses not caring about his last name.

He also shared some reactions he got after his post on social media by his fans and followers. 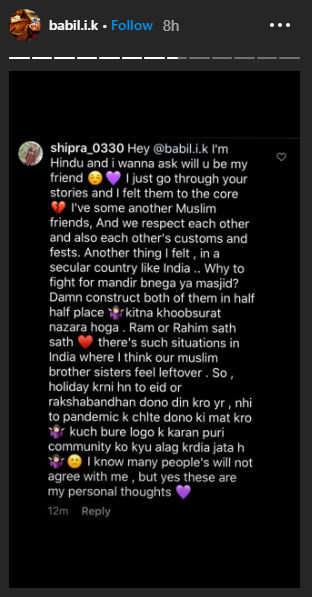 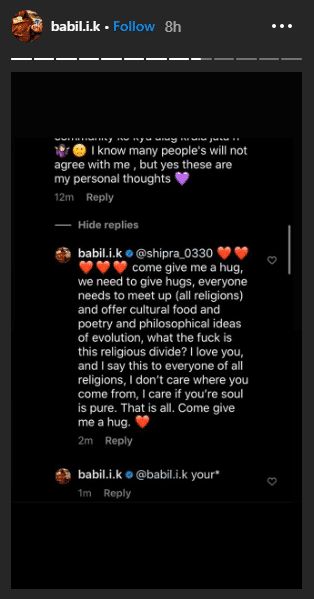