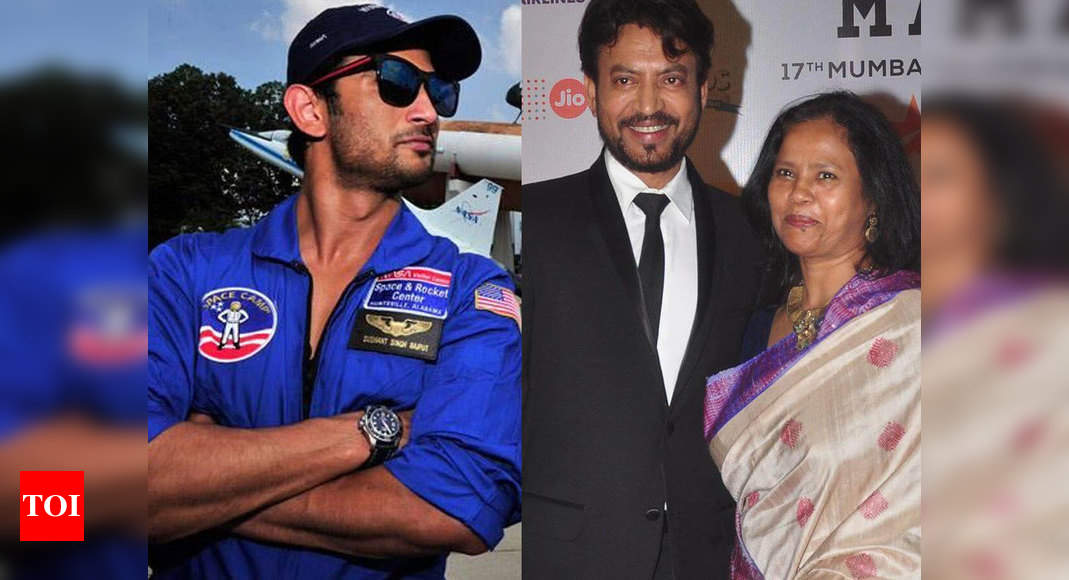 Leave it to Irrfan Khan’s wife Sutapa to come up with the perfect note to soothe a grieving heart. After leaving fans teary-eyed with her letter to Irrfan, days after his passing, Sutapa seems to have found the perfect words to touch the hearts of Sushant Singh Rajput’s fans.

In a comment she left behind on son Babil’s Instagram post for the late star, she said, “Human Mind is not something one can decipher in social media… why why we will never know… The least we can do is not judge a vulnerable fragile sensitive person…”

Sharing her anecdotes on dealing with loss, she said, “We can dwell on our loss because one doesn’t come across often a youngster in Bollywood who reads quantum physics, poetry, supports organic farming, sends kids to NASA, is deep in astronomy, does charity and yoga and spiritualism… special soul special boy… I am so sorry you were in so much pain. May you reach for stars look closely at them while you are there. You will have a special place in my heart since your first interview Sushant.”

Tributes have continued to pour in from those closest to the star, including Kriti Sanon, Shraddha Kapoor, Mahesh Shetty and many others.

Sushant’s ashes were immersed into the Ganga on Thursday. His sister made the announcement, while also asking fans to keep him in their prayers and bid him a happy farewell.