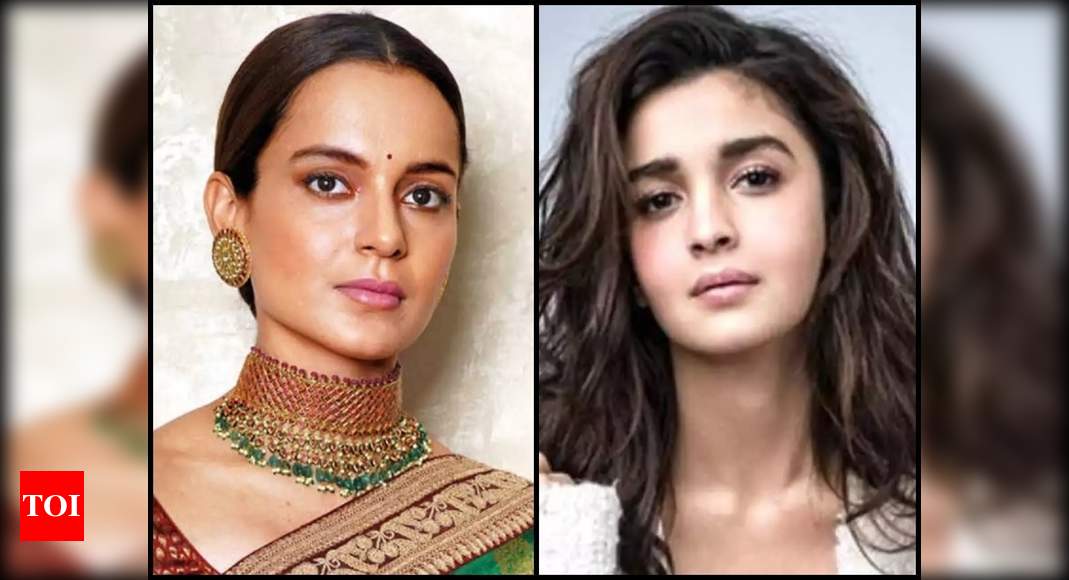 The untimely demise of Bollywood actor Sushant Singh Rajput has started an uproar on social media against nepotism in Bollywood. Since then Alia Bhatt has been keeping low but post her sister Shaheen Bhatt’s revelation on social media about them receiving threats, the talented actress has been sharing cryptic posts.

After sharing a mysterious post related to ‘silence’ a few days back, the ‘Raazi’ actress once again took to social media to share another post which read about ‘truth and lie’. The quote read as “The truth is the truth, even if no one believes it. A lie is a lie, even if everyone believes it.” Check out her post here: 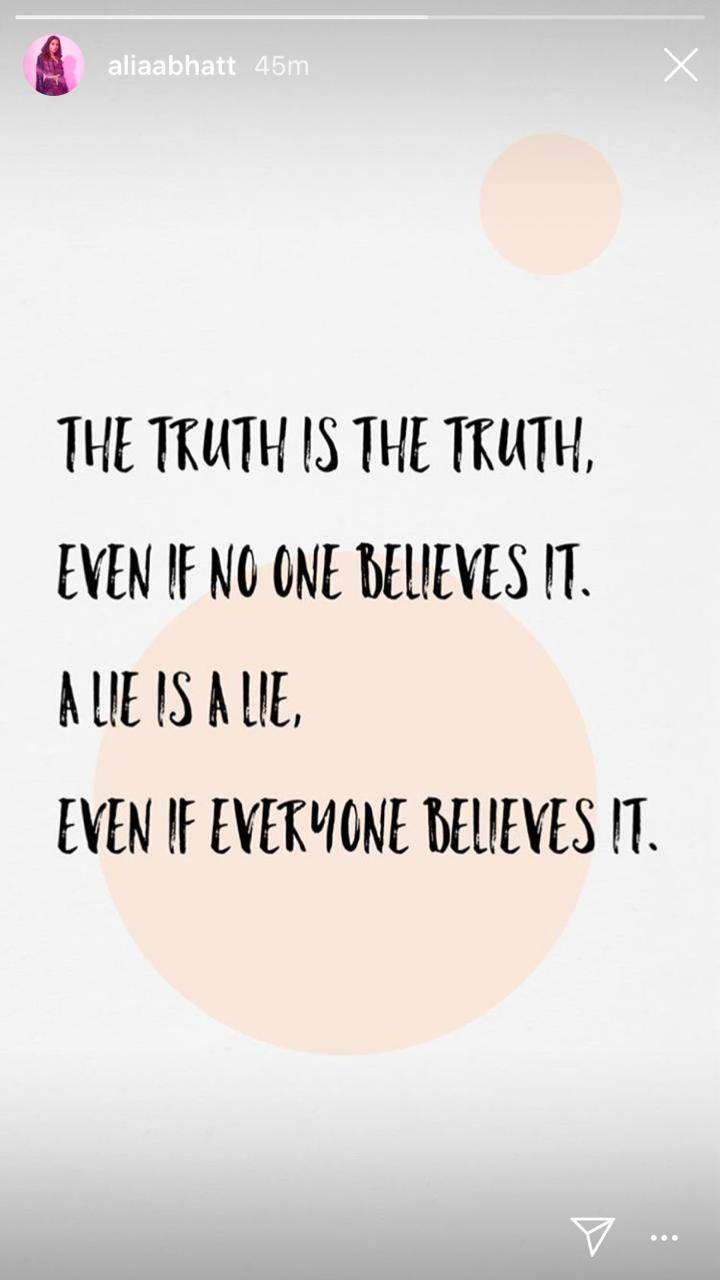 Meanwhile, in a recent interview Bollywood actress, Kangana Ranaut made several shocking revelations about the industry that has shaken the entire fraternity. The list of personalities that Kangana talked about even included Alia’s father Mahesh Bhatt as well. Not only that but Kangana even took a jibe at Alia recalling her visit on Karan Johar‘s chat show where she had opted for Ranbir Kapoor and Ranveer Singh over Sushant.

While Alia has been sharing cryptic posts on social media, her mother Soni Razdan recently lashed out at Instagram over its safety policies. She re-shared the screenshots shared by Shaheen and came out in support of her daughters while slamming the social platform.

Meanwhile, on the professional front, Alia is a lot of interesting projects in her kitty. From Ayan Mukerji’s ‘Brahmastra’ to Sanjay Leela Bhansali‘s ‘Gangubai Kathiawadi’ and SS Rajamouli’s ‘RRR’, Alia looks adamant to dominate the coming year with her upcoming releases. She has bagged a role in Karan Johar’s period drama ‘Takht’ as well.