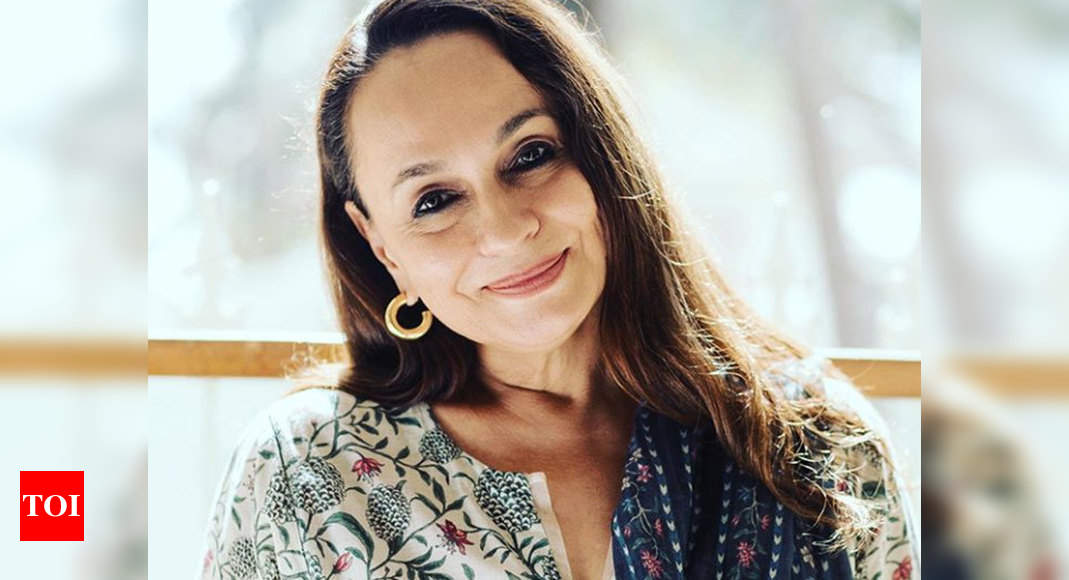 Over the weekend, Kangana Ranaut stirred up a storm when she made various allegations against Mahesh Bhatt, Alia Bhatt, Karan Johar and many others biggies in the film industry while alleging they had a role to play in actor Sushant Singh Rajput’s death by suicide.

Interestingly, actress Soni Razdan has now taken to her handle to share a rather cryptic post on ‘lies’ and ‘truth’ while whishing fans a “lovely week”.

The star, who loves to share interesting quotes on her handle, posted an old proverb that read ‘A lie runs until it is overtaken by the truth.’

While this may be just another one to her collection of interesting literary quotes, she also reposted a quote daughter Alia Bhatt shared on the same theme. On Sunday, Alia shared a quote that read, “The truth is the truth, even if no one believes it. A lie is a lie, even if everyone believes it.” 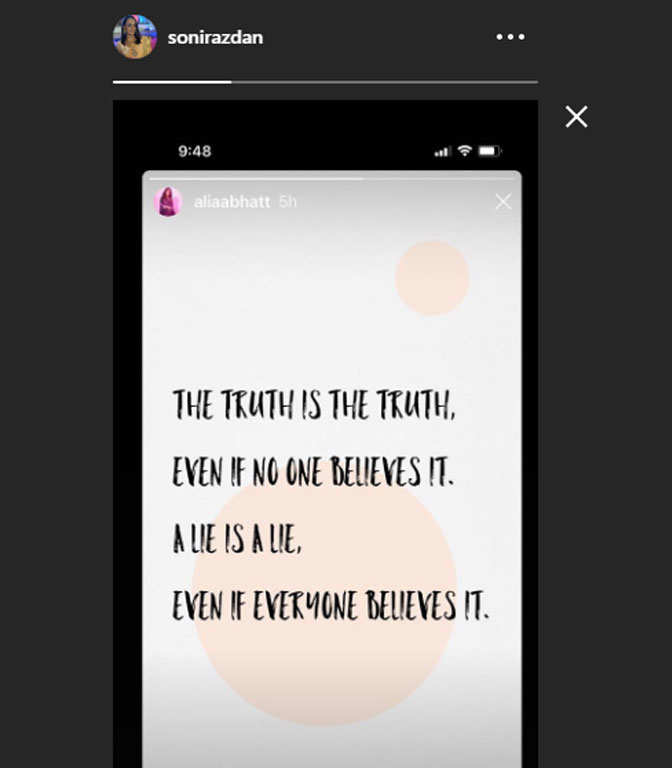 Although maintaining a low social media profile, Alia recently made headlines when she shared another post on ‘silence’.

“Silence says a lot more than you think,” she posted on her Instagram stories that gave fans enough to ponder about.

Sushant’s untimely demise, although ruled as a suicide, has revived the nepotism debate besides triggering a discussion ‘outsiders’ and ‘insiders’. In this ongoing war of words, several within the industry, fans and even trolls have created an uproar on social media against a certain group of Bollywood A-listers.