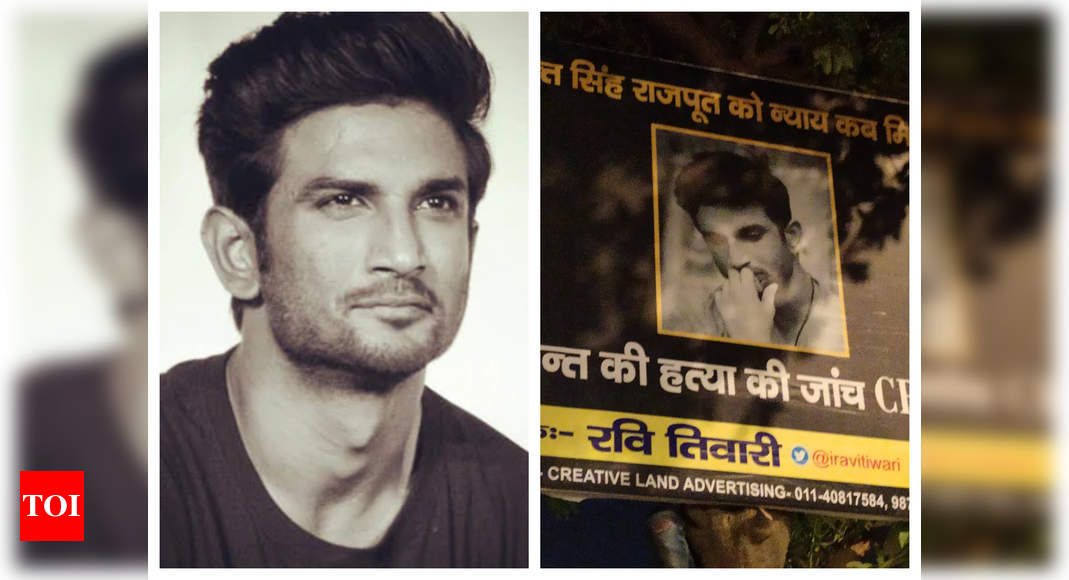 Sushant Singh Rajput’s tragic demise not only triggered a series of debates and discussions but also protests across the nation, demanding justice for the actor. While many have been urging the officials for a CBI enquiry in the actor’s case, a fan has put up hoardings across the streets of Delhi demanding the same.
Following this, soon fans started trending #JanAndolan4SSR on Twitter. Sharing the images of the hoardings, a fan wrote, ‘I am already done #janandolan4SSR In DELHI Street’

Check out the pictures here:

Many fans, friends and even Bollywood actors like Shekhar Suman and many politicians have been demanding a CBI enquiry in Sushant Singh Rajput’s death. While there has been no development on this front, Mumbai Police have been actively investigating the same.

So far, they have reportedly investigated about 37 people in connection with the case. They have also questioned Bollywood celebrities like Rhea Chakraborty, Sanjay Leela Bhansali, production houses like Yash Raj Films and Dharma Productions and many others.

Sushant was found hanging in his Mumbai apartment on June 14. His funeral was held on June 15 which was attended by his family, friends and Bollywood counterparts. Although the post-mortem reports stated death from suicide, fans have been demanding a CBI enquiry on the same.