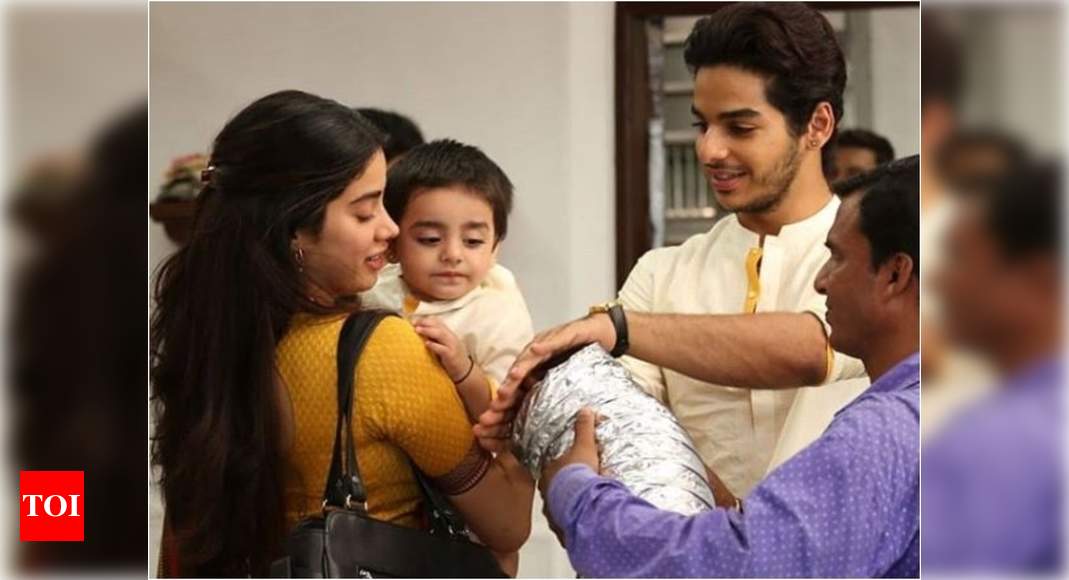 Janhvi Kapoor, who made her Bollywood debut with ‘Dhadak’ in 2018 opposite Ishaan Khatter has come a long way in her career and has a long list of interesting projects lined up. While Ishaan has also been winning over the audience with his stellar performances, the duo, who were rumoured to be dating seem to have moved on in their respective lives.

While the talented young starlets are currently focussing on their respective career’s, a throwback picture from the sets of their 2018 film has surfaced and is making rounds on the internet. Check out the post here:

Janhvi can be seen holding a baby in her arms while she is dressed in a traditional saree, Ishaan seems to be in his elements in the throwback post. The duo used to spending a lot of time with each other and were also snapped chilling with each other’s family members as well. The camaraderie soon grabbed everyone’s attention and rumours of them dating started making rounds on the internet.

Meanwhile, on the professional front, Ishaan is all set to team up with Ananya Panday for ‘Khaali Peeli‘, Janhvi, on the other hand, will soon be sharing screen space with Kartik Aaryan in ‘Dostana 2’ and Rajkummar Rao in ‘Roohi Afzana‘. Not only that but the mesmerising diva has also bagged a role in Karan Johar’s magnum opus project ‘Takht’.