Janhvi Kapoor’s EPIC reply on her BFF’s comment ‘You Wanna Have A Kid?’ is sure to leave you stunned | Hindi Movie News

Ever since her debut in Bollywood, Janhvi Kapoor has been winning over the internet with her grace and beauty. The young starlet has been in news currently due to her house helps testing positive for COVID-19, leaving all her fans worried but her social media banter with her BFF has left everyone stunned.

The ‘Dhadak‘ star had recently shared a beautiful picture of her with a caption which read as ‘Here’s looking at you, kid’ to which her BFF Tanisha Santoshi commented, ‘Who’s kid? You wanna have a kid,” to which Janhvi promptly replied saying, ‘Yes’. It didn’t take long for netizens to witness the young girls banter on social media which instantly became the talk of the town. 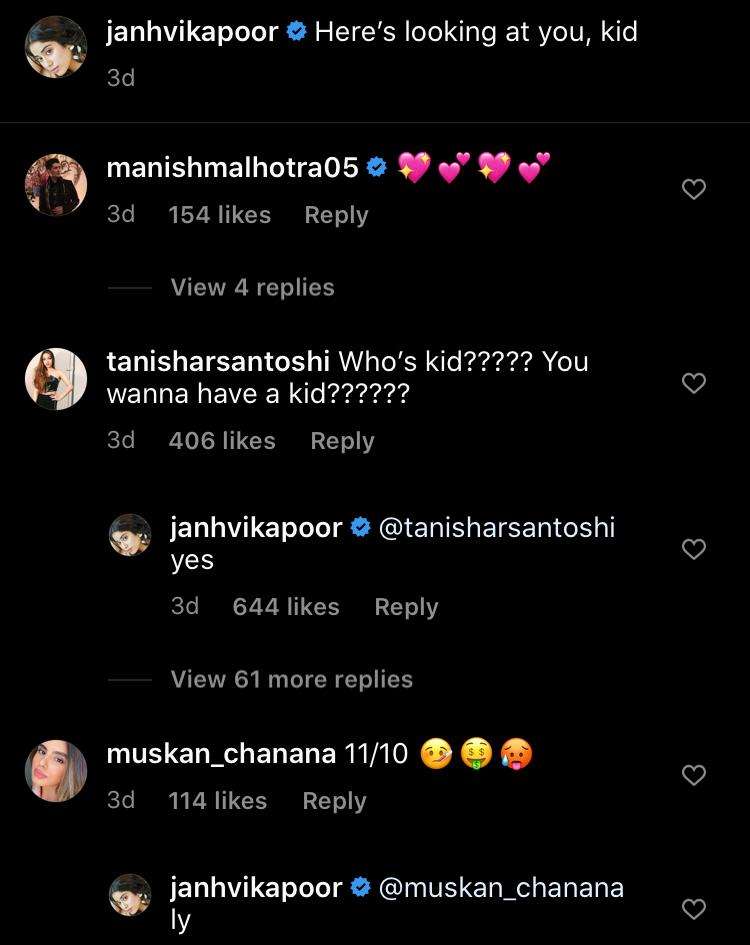 Janhvi, who has interesting projects lined up in her kitty had even shared a series of throwback pictures and video, taking all her fans down the memory lane. She had captioned the post as “Found my old phone, found some fun memz.” Check out her post here:

On the professional front, Janhvi will soon be stepping into the shoes of Indian Air Force pilot Gunjan Saxena in her biopic. Apart from that she also has ‘Takht’, ‘RoohiAfza‘ and ‘Dostana 2’ in her kitty.