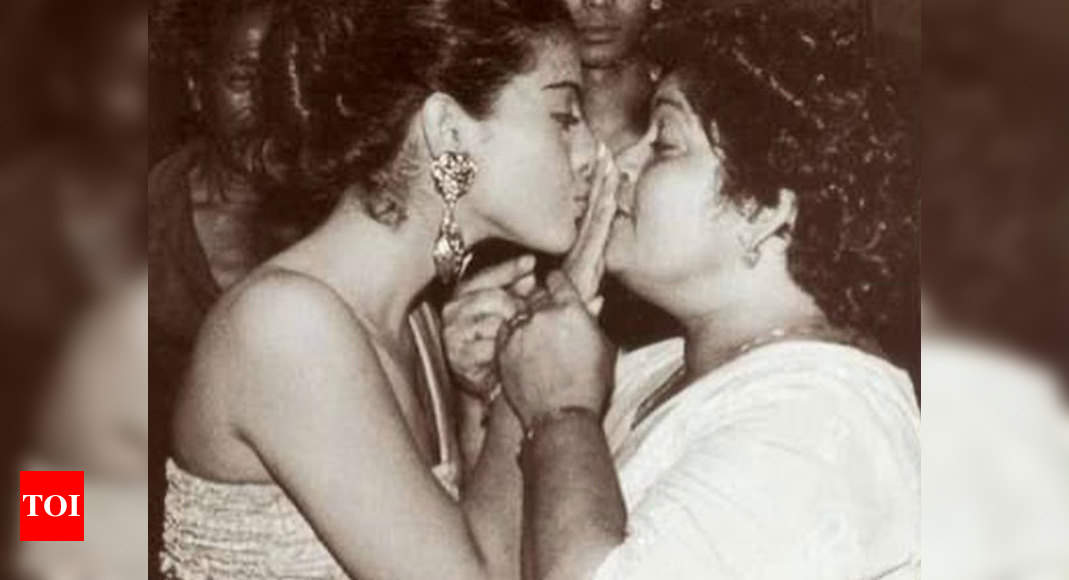 Since news of Saroj Khan’s passing broke early Friday morning, heartfelt tributes of love have been pouring in from fans, film stars and friends alike. Everyone from Amitabh Bachchan to Akshay Kumar, Kareena Kapoor Khan to Madhuri Dixit, Varun Dhawan and many others have been taking to social media to share their fondest memories with the ace choreographer.

Actress Kajol joined in to bid Saroj goodbye with a heartfelt note and a priceless throwback photo from their time on the film sets.

“RIP to the most talented coolest choreographer ever! She taught me sooooo much that I always used everywhere in so many other ways. When she danced it was like watching a whole book! Everything that she wanted to say was there so clearly on her face and in her body language. Even later when she grew older whenever we met I could see that mischief and affection and sheer love for her work. Love u Sarojji and be at peace knowing that u are loved and will always be remembered,” Kajol wrote.

The choreographer was laid to rest at a cemetery in Malad early this morning, it was confirmed.

“We buried her at around 7 am. The prayer meeting will be held after three days,” daughter, Sukaina Khan told PTI.

Saroj Khan’s nephew Manish Jagwani was quoted saying, “She passed away due to cardiac arrest at around 2.30 am at the hospital.”

According to reports, the family is expected to host a prayer meet after three days.