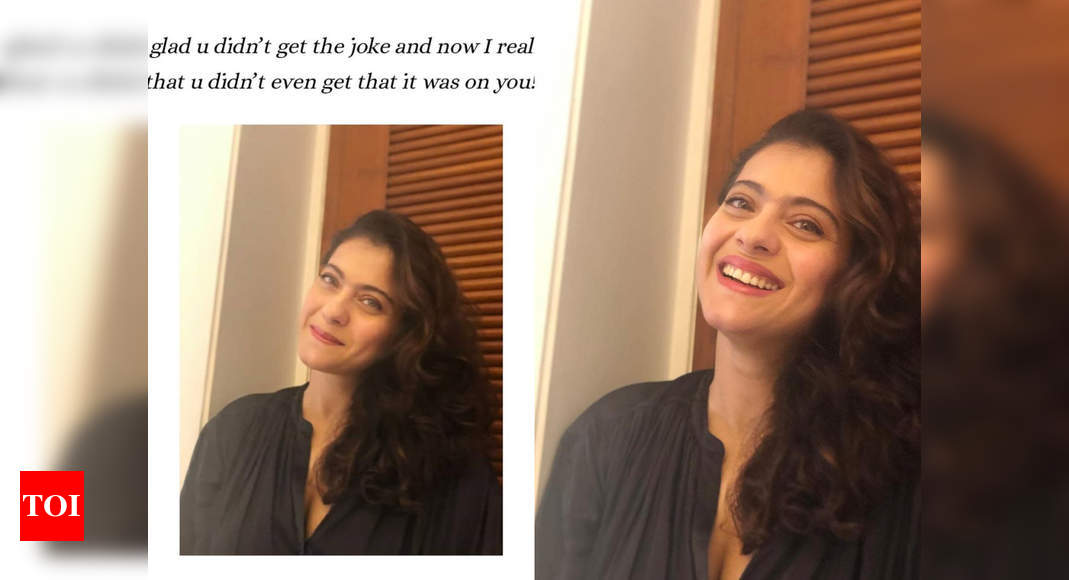 Kajol devgan is one of the witty actors of Bollywood who loves making most of her time spent on the internet. On this note, Kajol took to social media to share a meme of herself once again. Sharing a picture of herself with a forced smile, the meme read, “So glad you didn’t get the joke and now I realise that u didn’t even get that it was on you!” Classic Kajol.

Earlier, Kajol had also shared a Twitter thread on how to stay sane during the lockdown period featured several memes of Kajol.

Recently, Kajol was seen sharing a tip for all upcoming actors as she wrote in her Instagram story, “ Please be original and no ones copy!”

Currently, Kajol Devgan along with her family are isolating at their house in Mumbai.

On the professional front, Kajol was last featured in Priyanka Banerjee’s short film ‘Devi’ alongside Shruti Haasan, Neha Dhupia, and other actors in March 2020.