Kangana Ranaut may not be on any social media platform, but her digital team continues to post on Twitter as her representatives. Recently sharing an old post of Sushant Singh Rajput from his Facebook page, Kangana Ranaut’s team wrote, “We will make sure your name shines like a star in the sky forever, millions of candles of your name were burning last night, we won’t let them dismiss you as mad or a weak life, you will continue to spread your lovely light, we promise you”.

We will make sure your name shines like a star in the sky forever, millions of candles of your name were burning la… https://t.co/JmOtR4NRTG 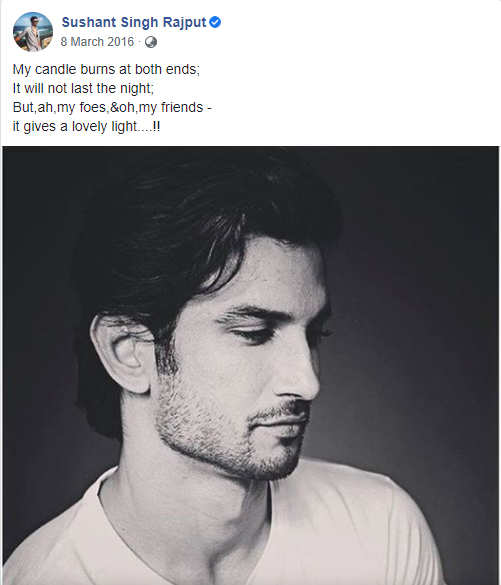 Kangana had joined fans for a silent online protest yesterday and had lit a candle in memory of Sushant Singh Rajput. A picture of the actress sitting with a candle at her Manali home was shared by her digital team on Twitter.

It was recently revealed on social media that Kangana Ranaut is keen to record her statement in the ongoing investigation into Sushant Singh Rajput’s death by suicide, however she has got no response from the Mumbai Police. Her team’s Twitter handle had shared a screen shot of Rangoli Chandel’s messages and it was revealed that Rangoli gets casual calls from the cops but Kangana has received no formal summons.