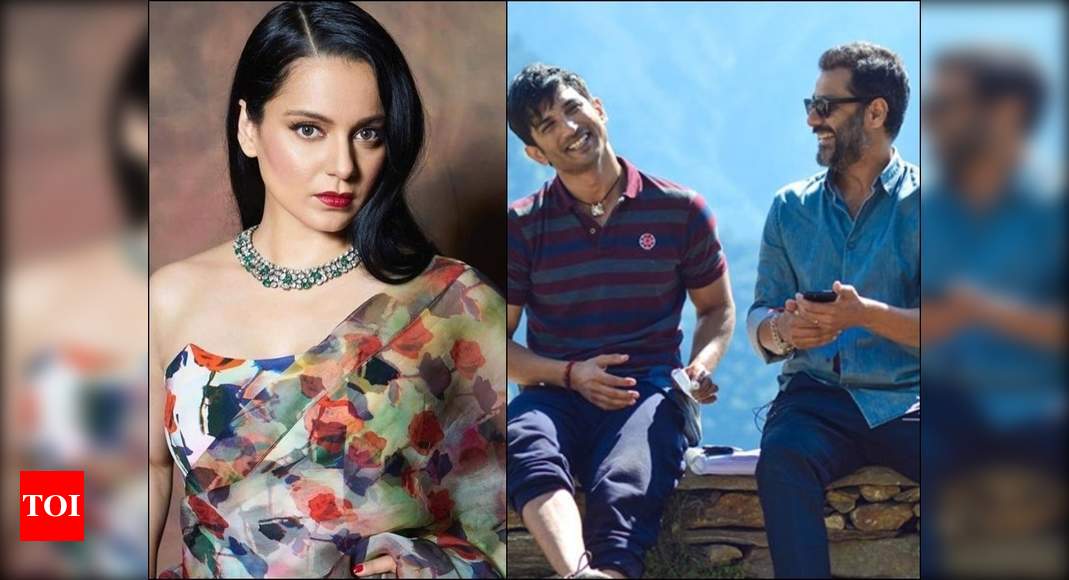 Bollywood actor Sushant Singh Rajput’s untimely demise has shocked the entire nation. The actor died by suicide on June 14 at his Bandra residence. According to the reports, Sushant was suffering from clinical depression.

Post Sushant’s demise, netizens have started the nepotism debate and they have been also blaming star kids and celebrities for making him feel left out in the industry.

Meanwhile, Kangana Ranaut recently exposed the ‘movie mafias’ and revealed how Karan Johar and Aditya Chopra are involved in sabotaging his career. She even said that Karan declared Sushant as a flop actor. Now, in an interview with ETimes, Kangana said that she spoke to director Abhishek Kapoor post Sushant’s demise. Sushant made his debut in Abhishek’s film ‘Kai Po Che!’. Spilling the beans on same, Kangana said, “I spoke to Abhishek Kapoor ji and he said, ‘Kangana, woh shaheed ho gaya’. I am quoting these people because I cannot tell you the whole conversations, but everyone summed it up in their own way. Abhishek in his interviews said that he was not the same boy from Kai Po Che by the time of ‘Kedarnath‘. He had changed. Woh ghut gaya tha, he said, he had changed, they had choked him way before he actually choked himself.”