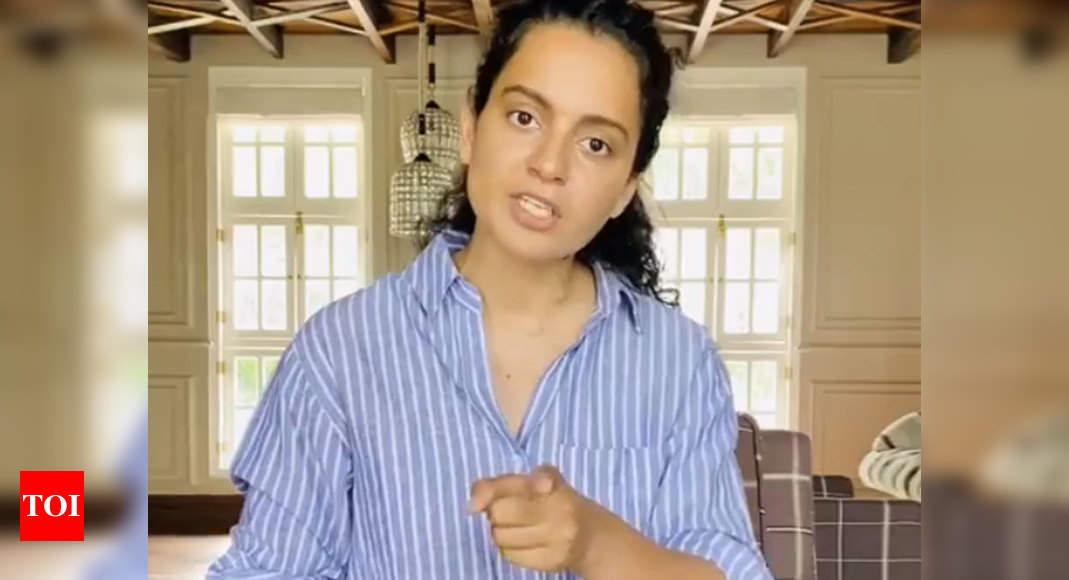 Days after claiming Sushant Singh Rajput’s demise was not suicide, but a murder, Kangana Ranaut has released another video, this time around, she is going all out against the ‘movie mafia’. With a fiery resolve to come to the bottom of this unfortunate story, the actress in a 2.31-minute video touched upon subjects ranging from Sushant’s death by suicide to calling out blind items, making allegations against journalists, “movie mafia” and “nepo-kids.”

While sharing her thoughts on Sushant’s tragic demise, the actress quoted ‘Kedarnath’ director Abhishek Kapoor and said that what happened to the actor was a “systematic dismantling of a fragile mind.”

She went on to pick on certain blind items that she alleged were about the actor. While calling out this practice, she claimed that certain journalists “who are pets of the movie mafia” were involved in journalism that she described as “mental, emotional, psychological lynching.”

Recalling an incident not too long ago during the promotion of her film ‘Mentall Hai Kya’ when she got into a verbal spat with a journalist, she made stark claims that four senior journalists got together to make sure her film “flopped.”

“I have never spoken about all that has been written about me but when the wrote ill about a freedom fighter, I confronted that journalist. And that overnight four senior journalists made a guild against me and declared that my film should be banned, flopped,” she claimed.

Wile once again drawing references to the blind items, she said, “When you read this, have you ever wondered why this is not written about nepo kids?”

Sharing the video, she penned her thoughts in the caption that read, “Emotional, psychological, and mental lynching on an individual happens openly and we all are all guilty of watching it silently. Is blaming the system enough? Will there ever be change? Are we going to see a monumental shift in the narrative on how outsiders are treated?”

Watch her video below: