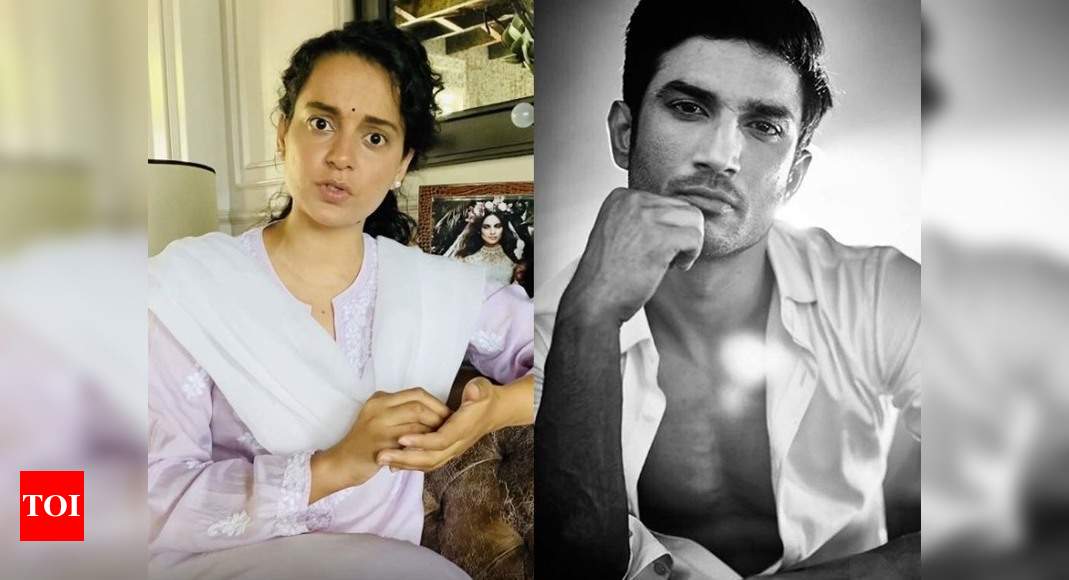 Sushant Singh Rajput’s demise has created quite a stir in Bollywood. Debates on nepotism, insider vs outsider, camps in the film industry have taken over the media.

And in a recent interview with a news channel, actress Kangana Ranaut who has been raising voice against nepotism and mafias in Bollywood made shocking revelations about SSR’s case.

Here are the excerpts from the interview:

When she was asked about who made Sushant an outcast in the industry. The actress replied saying she is referring to people who Sushant was referring. The actress added that he was a very bright person in the film industry. She questioned that why the Mumbai police is summoning the real culprits.

She also pointed out that after the release of ‘Sonchiriya‘, SSR was requesting everyone to watch the film saying, ‘please support me, otherwise, I’ll be ruined’. Referring to the same, Ranaut stated that she doesn’t know why cops don’t see this as an obvious framing!

She also called out Mumbai Police for not calling the real powerful people! Kangana said that there was a big show down between Aditya Chopra and Sushant Singh Rajput over their contract and everyone in the industry know about it.