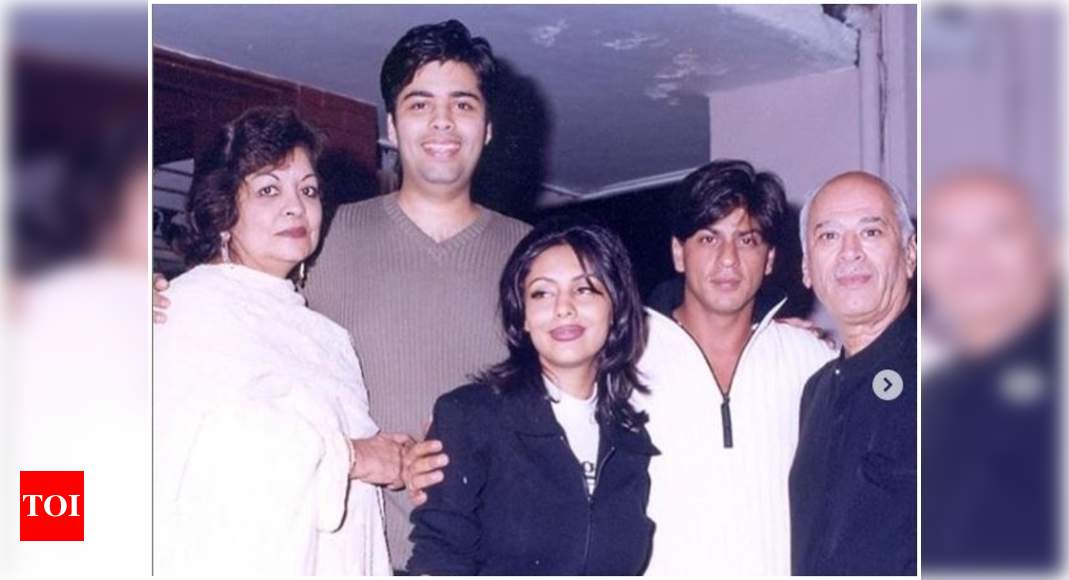 Karan Johar has been winning over the internet with his social media posts featuring his kids Yash and Roohi Johar. The lockdown with the Johars has become quite an entertaining series of the toddlers, whose innocent antics with their father leave our hearts melted.

But the ace filmmaker recently took to Instagram to share a series of ‘major throwback’ pictures with his Bollywood pals Shah Rukh and Gauri Khan, Akshay Kumar, Uday Chopra and his parents. He captioned these never seen before pictures as “Major throwback! @iamsrk @gaurikhan @udayc @akshaykumar ❤️😄😁😍😍”

Shah Rukh and Karan are known to share a good bond over the years and the talented filmmaker’s camaraderie with Akshay on his chat show left everyone in splits. But this throwback picture is sure to grab everyone’s attention for sure.

Meanwhile, on the professional front, Karan will soon be donning the director’s hat once again for his upcoming project ‘Takht’ which features an ensemble star cast. While SRK is yet to announce his next project, Akshay has ‘Sooryavanshi’ with Katrina Kaif and ‘Atrangi Re’ with Dhanush and Sara Ali Khan in his kitty.