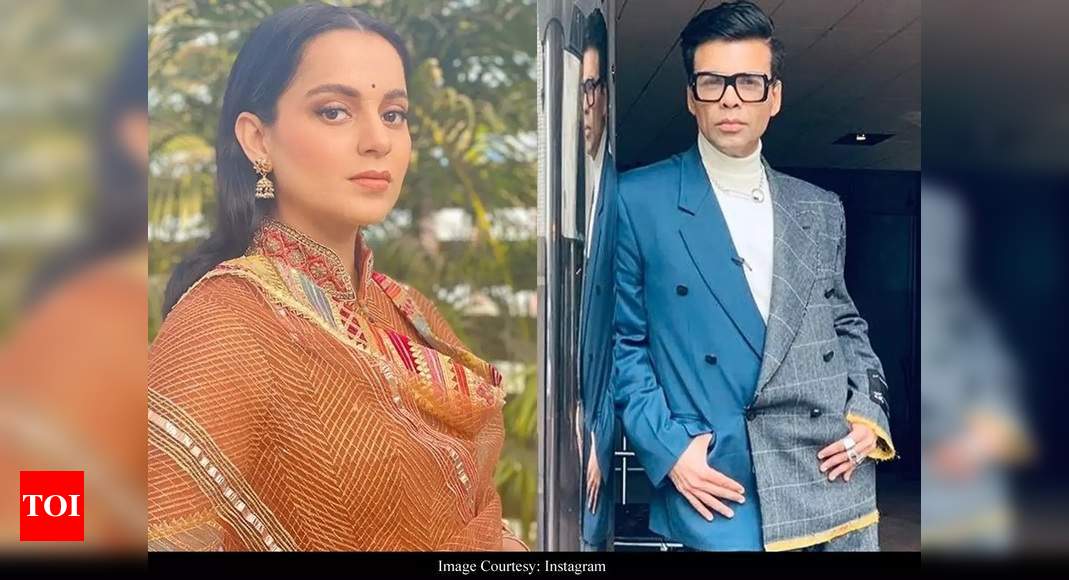 Bollywood actress Kangana Ranaut has shaken the entire nation with her shocking revelations which she made in a recent interview with a news channel. She not only raised her voice against nepotism in the industry but also talked about the ‘mafias’ in Bollywood.

From Aditya Chopra to Karan Johar, the ‘Manikarnika: The Queen of Jhansi’ actress made many shocking revelations in connection to Sushant Singh Rajput‘s demise. While Kangana’s statements have become the talk of the town, an old throwback interview of Karan Johar has gone viral on the internet.

#KanganaSpeaksToArnab | I never thought of killing myself. But I wanted to shave my head off and disappear. I could… https://t.co/vr2BJeIzoW

#KaranJohar He is trying to fill the industry with only and only starkids so that at some point of time he will be… https://t.co/SiJvO3h5Eo

@karanjohar #KaranJohar U R the epicenter of all the problems of the Industry, so instead of Kangana leaving, i… https://t.co/7LP0ep2bVu

The ace filmmaker can be seen taking multiple jibes at the actress saying that he was done with her playing the victim card and even suggested her to leave the industry if she has been terrorised by it and do something else.

Meanwhile, talking about KJo in the recent interview, Kangana also stated the filmmaker calling Sushant a flop actor as his film which was produced by Karan had failed to attract exhibitors and had to be released on a digital platform.

While many have come out in open and supported Kangana for her bold interview her shocking revelations have left everyone surprised. Not only Aditya Chopra and Karan Johar but the diva raised questions over Mahesh Bhatt as well.