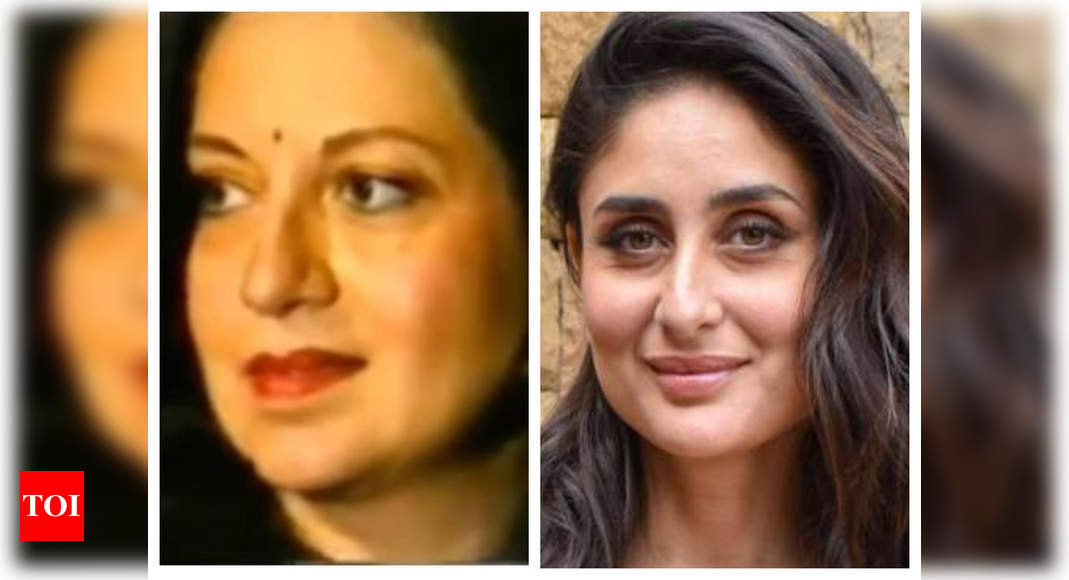 Kareena Kapoor Khan has been quite active on Instagram since the time she made her big debut on the picture-sharing app. The actress is often seen sharing pictures and videos of herself and her loved ones with her fans and they just cannot have enough of the actress.
She recently shared a throwback picture of her mother Babita from her younger days. The senior Mrs Kapoor looked stunning as ever in the old picture.


Along with the lovely picture, Kareena wrote, ‘If looks could kill… #IGotItFromMyMama 😋❤️’

No sooner did she share the picture on Instagram, comments started pouring in from all sides on the picture-sharing app from her fans. While one wrote, ‘Like mama like daughter’, another wrote, “Blessed genes.” Someone also commented by saying, ‘& #taimur got it from u.

In one of the earlier episodes of her radio show, Kareena had opened up about how she had started appreciating all that her mother Babita had done for her after she had Taimur. She reportedly said that her mom used to always tell her that when I become a mother, I will know exactly what she feels. She talked about the time when she used to tell her mom she will be home by 10 and then change it to 12.

Even though she has access to mobile phones these days, Kareena reportedly revealed that she feels worried if Taimur is even five minutes late from his playschool.

Kareena is currently self-quarantined at home with Saif Ali Khan and Taimur Ali Khan. On the work front, she will next be seen in ‘Laal Singh Chaddha’ co-starring Aamir Khan and Karan Johar’s magnum opus, ‘Takht’.