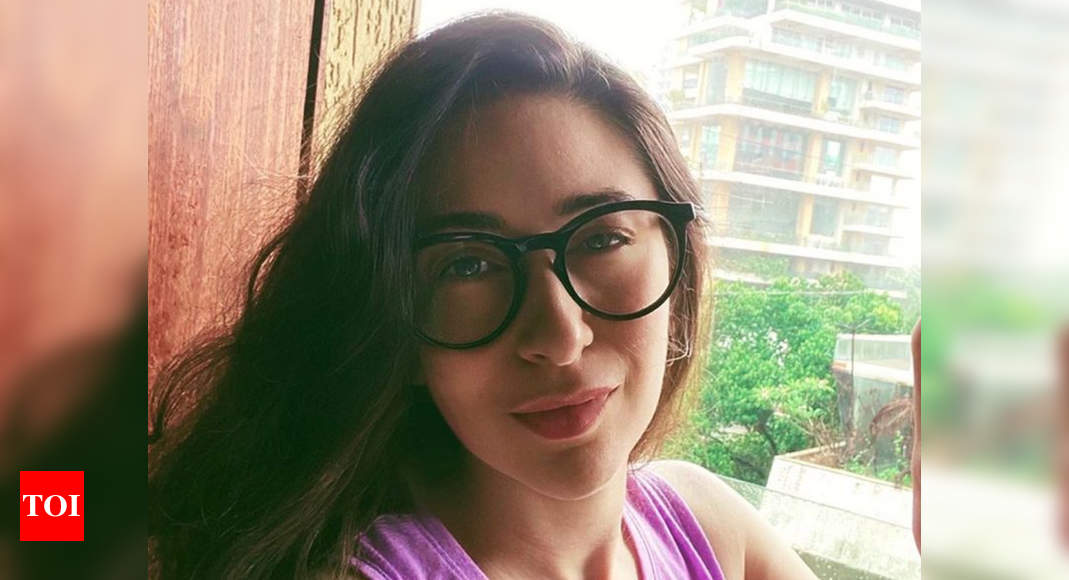 Karisma Kapoor is all about treating her fans with her mesmerising pictures every now and then. To this, the actress once again took to Instagram to update about how she’s spending her lazy Sunday.

Looking cute as a button, the ‘Raja Hindustani’ actress shared a selfie of herself wearing a purple coloured comfy Pajamas and her geeky glasses while sitting near the window of her apartment, probably enjoying the downpour. Flaunting her wavy tresses, Karisma looks simply alluring in the picture. See picture here:

Earlier the actress had put up a heartfelt post for late Bollywood choreographer. Sharing a black and white BTS picture with the masterji, Karisma wrote, “Saroj ji cannot forget the endless hours learning dance and expression from you at Satyam hall.. Ur teachings took me a long way.. Rip #master #teacher #danceguru #sarojkhan”

For those who might not know, Bollywood’s ace dance guru Saroj Khan expired on 3
rd july in a Mumbai hospital due to cardiac arrest as reportedly she was admitted due to breathing issues. She was put to rest in Malad, Mumbai.

Meanwhile, the entire Bollywood industry continues to mourn the loss of Saroj Khan.