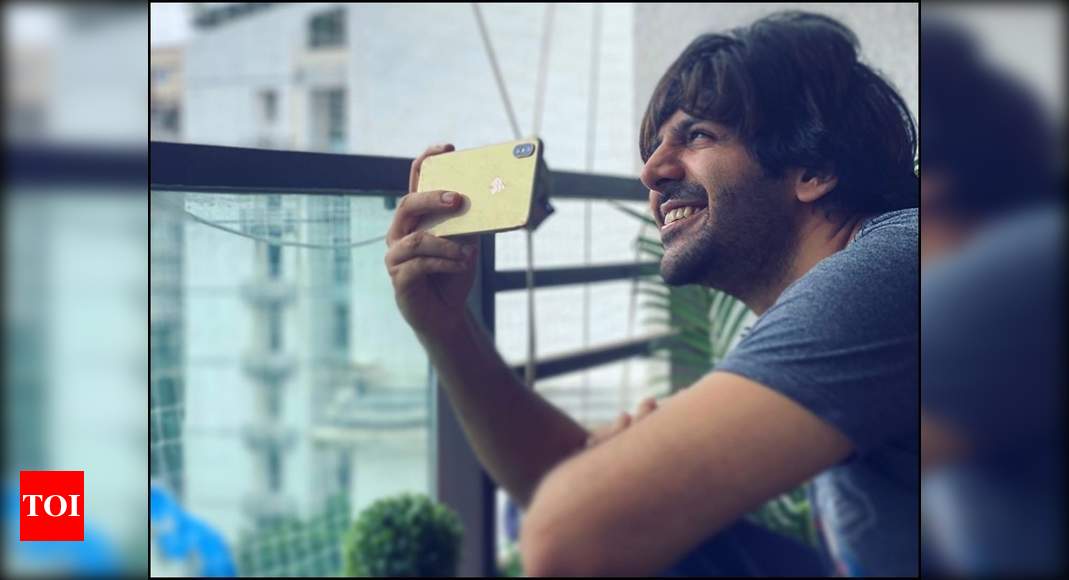 Actor Kartik Aaryan is currently at home due to the coronavirus lockdown. He is making the most of his free time with family and all his social media posts are proof. He is quite active on social media and often treats his fans with pictures and videos.

Meanwhile, Kartik has reportedly become the first actor to drop a brand because of its connect with China. Earlier, he used to promote the brand Oppo. According to the reports, due to the tension between India and China, he has cancelled his deal.

Recently, he posted a picture on his Instagram where he was seen taking pictures of clouds. The phone in his hand was not the one he usually promotes. Though the actor hasn’t official announced anything on it, but his fans started speculating after he posted the picture on Instagram. Check out his post below:

On the work front, Kartik will be soon seen in ‘Dostana 2’ with Janhvi Kapoor. He also has a film with Kiara Advani. Apart from this, he will also be seen in ‘Tanhaji: The Unsung Warrior’ director Om Raut’s action film.