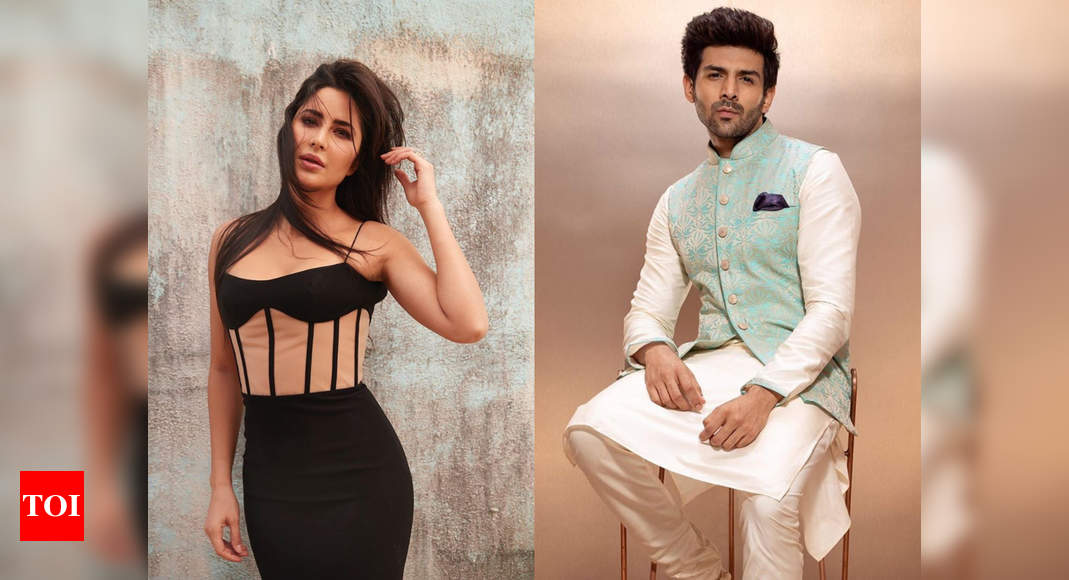 As today marks the birthday of Bollywood’s one of the popular stars, Katrina Kaif, several Bollywood celebrities and fans have taken to social media to wish the birthday. Now, actor Kartik Aaryan too was spotted wishing the actress on her special day.

The ‘Pati Patni Aur Who’ actor took a moment on social media to share a throwback video where he is seen shaking a leg with Kat at an event from earlier this year.

In the video, Katrina is seen copying Kartik’s dance moves as he teaches her some dance steps from his song ‘Haan Main Galat’ from the movie ‘Love Aaj Kal.’ To this, Kartik further wrote in the caption of the post, “Katrina ji ke saath naachna mere baayein haanth ka khel hain Happy Birthday Kay for @katrinakaif,” as he is literally seen dancing with his left hand due to injured right hand.

Katrina has replied to most of her birthday wishes through her Instagram stories as well.

On the work front, Kartik Aaryan was ‘Bhool Bhulaiyaa 2’ and ‘Dostana 2’ in his pipeline while Katrina is awaiting the postponed release of her latest ‘Sooryavanshi.’