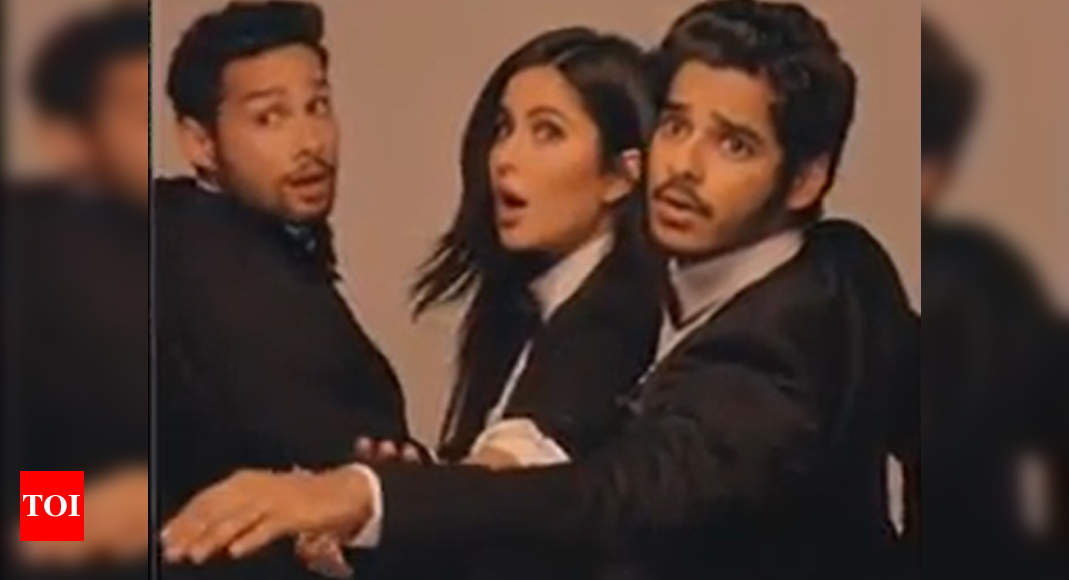 Katrina Kaif, Ishaan Khatter and Siddhant Chaturvedi will be seen sharing screen space in ‘Phone Bhoot’, which was announced today. The first look of the supernatural comedy saw the trio dressed in dapper looking suits, getting all goofy for the camera. And after the official announcement, Katrina Kaif posted several entertaining behind the scenes videos from the first look shoot. From playing with toy guns to goofing around, Katrina Kaif, Ishaan Khatter and Siddhant Chaturvedi make for one hilarious trio.

The team of ‘Phone Bhoot’ had shot for this promo before the lockdown, when the shoot restrictions and social distancing norms were not implemented. Katrina, Ishaan and Siddhant are expected to begin shooting for ‘Phone Bhoot’ later this year and the film is scheduled to hit the screens in 2021.

‘Phone Bhoot’ is produced by Ritesh Sidhwani and Farhan Akhtar’s Excel Entertainment. The film is directed by Gurmeet Singh and written by Ravi Shankaran and Jasvinder Singh Bath.