Katrina Kaif, who has carved a niche for herself in Bollywood by delivering back to back stellar performances on the silver screen is all set to team up with Ishaan Khatter and Siddhant Chaturvedi for her next project which is titled as ‘Phone Bhoot‘.

While the trio took to their respective social media to announce the project on Monday morning, Katrina recently took to Instagram stories to share a goofy fan-made poster of the film featuring the leading trio. Check out Kat’s post here: 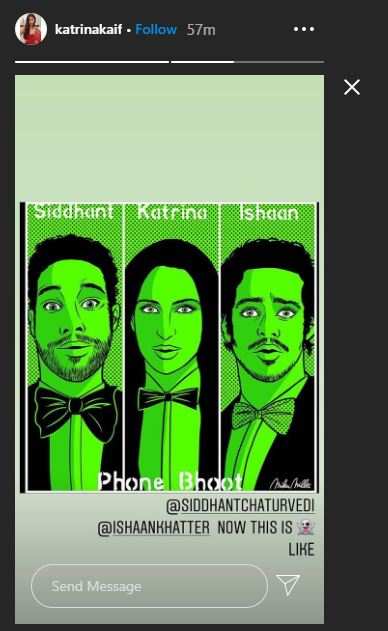 Katrina had taken to Instagram to announce the film with a poster with Ishaan and Siddhant yesterday. She had captioned the post as “The one-stop shop for all bhoot related problems, #PhoneBhoot ringing in cinemas in 2021” while her co-stars also shared the same.

Meanwhile, Katrina will soon be seen alongside Akshay Kumar in Rohit Shetty’s ‘Sooryavanshi’ which will be releasing soon. On the other hand, Siddhant will be teaming up with Deepika Padukone and Ananya Panday for Shakun Batra’s untitled film as well. Ishaan, who was recently snapped in the town will soon be sharing screen space with Ananya in Maqbool Khan’s ‘Khaali Peeli’.

The Best MMO Mouse of All Time for Your Gaming Experience