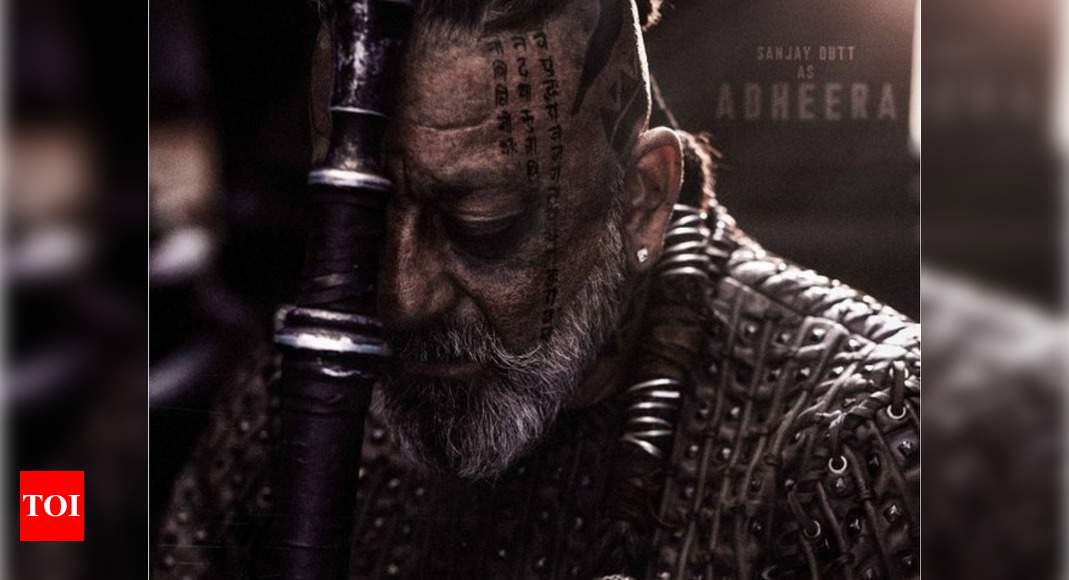 Prashanth Neel unveiled the poster on social media and wished Sanjay Dutt on his birthday. He captioned the poster, ‘‘ADHEERA’ – Inspired by the brutal ways of the vikings. Happy Birthday @duttsanjay baba, thank you for being a part of #KGFCHAPTER2. Looking forward to our craziest schedule soon. #AdheeraFirstLook @VKiragandur @TheNameIsYash @SrinidhiShetty7 @bhuvangowda84 @BasrurRavi’.

With ‘KGF: Chapter 2’, Sanjay Dutt is making his debut in Kannada film industry and will be starring along with Yash. A thrilled Sanjay Dutt exclusively told ETimes, “I’m happy and look forward to the audience’s reaction on Adheera reveal. Especially, marking my birthday in a very special way. So, it’s definitely a double celebration for me, my family and all those who were waiting for this eagerly. I, thank everyone for their lovely wishes and look forward to seeing how they enjoy the look of Adheera from KGF2. We have tried to create something new with the look, aura and the character of Adheera so it will be exciting to see the response”.

The release of Dutt’s look poster has created huge excitement and has increased the eagerness to see him more in the movie. Currently, the film is in the last stage of shooting which might start after Coronavirus. Currently, the team is busy with post-production work due to lockdown. Srinidhi Shetty is playing the female lead role in this movie. Bollywood actress Raveena Tandon is also playing major roles in the movie. Ravi Basrur is composing music for the movie.