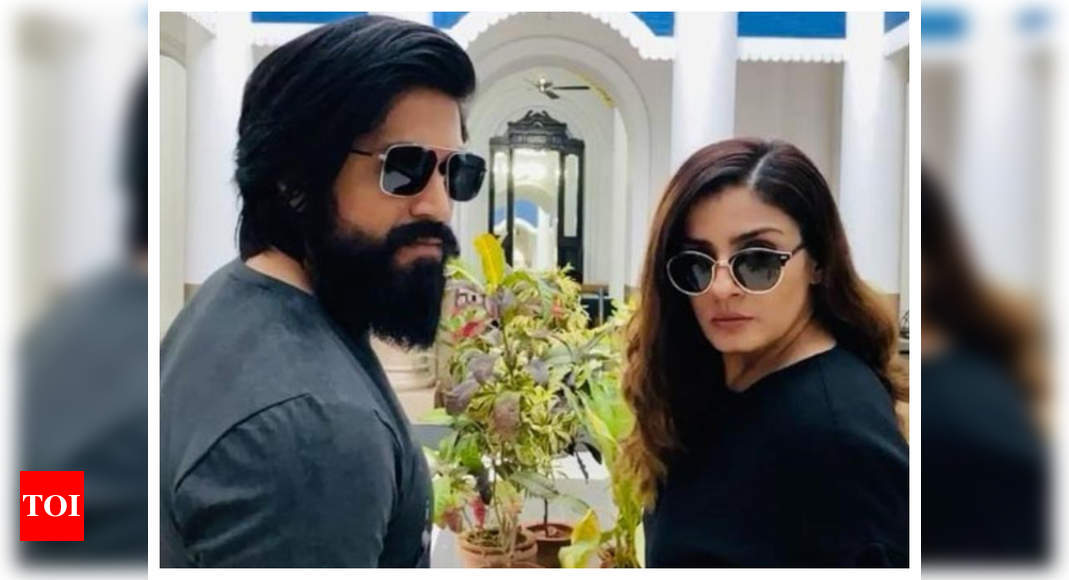 After the success of Yash starrer’ KGF: Chapter 1’, fans and audiences are eagerly waiting for the second instalment of the movie. With actors like Raveena Tandon and Sanjay Dutt also roped in for the movie, it has become one of the most awaited films of the year.

Raveena Tandon, who has been self-quarantined at home due to lockdown, recently opened up about the movie in an interview with a news portal. Talking about the same, she reportedly said a lot of her friends have been completing their work from home with the equipment available to them. She added that luckily, she had finished her shoot for ‘KGF: Chapter 2’ and she is now looking forward to the dubbing bit as it can surely be achieved if they followed the norms of social distancing.

Earlier, spilling the beans on her character in the movie, Raveena reportedly added that her role in the movie is very different from the roles she has played before and has shades of grey. She also revealed that her character has a lot of suspense involved. She stated that initially, she wasn’t sure she would be able to pull it off. However, she had an amazing time shooting for the movie.

She also showered praise on Kannada superstar Yash. According to her, he is a fantastic person and a gem to everyone on the set.

Raveena Tandon essays the role of Ramika Sen in the film, while Sanjay Dutt will be playing the role of Adheera.