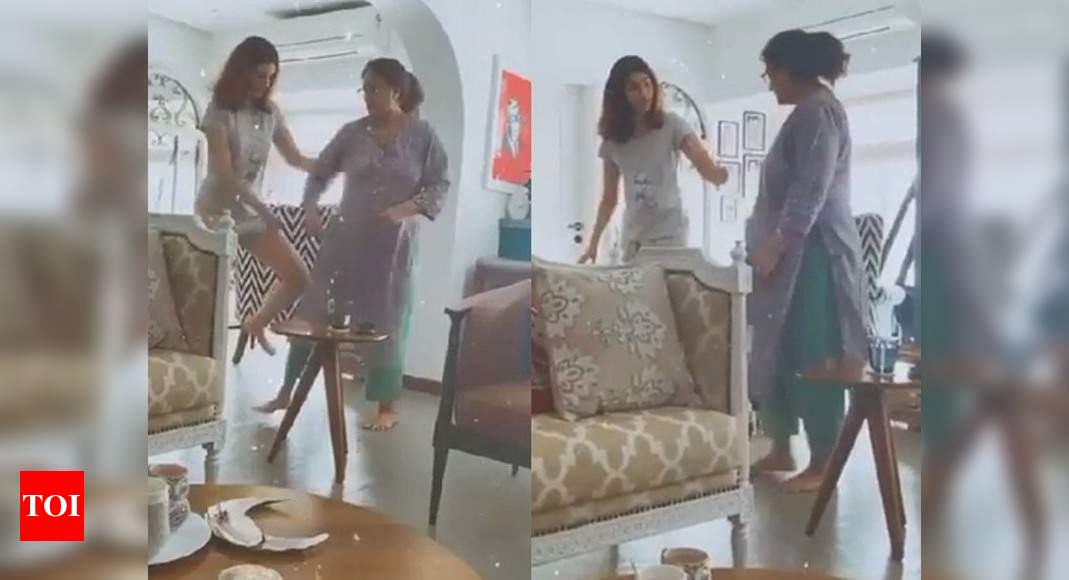 Singer-actress Nupur Sanon on Wednesday shared a glimpse of her sister Kriti Sanon dance sessions at home with their mother.

In the videos, Kriti is seen teaching her mother how to do dance, especially a “hip hop” step on Kangana Ranaut’s song ‘London Thumakda’ from ‘Queen’. She looked pretty in a grey t-shirt teamed with matching shorts while the videos were being shot.

“That’s how Punjabis hip hop… isn’t she the cutest,” Nupur captioned the videos.

Kriti and Nupur have found a lot of time to bond during the lockdown. From cooking to baking and cleaning, the Sanon sisters have been seen doing a lot of chores together.

Nupur even turned barber for Kriti and gave her a hair trim.

On the work front, Nupur will be seen in the sequel of popular song ‘Filhall’. Kriti has films like ‘Mimi’ and ‘Bachchan Pandey’ in her kitty. The actress was last seen in Ashutosh Gowariker’s period drama ‘Panipat’ co-starring Arjun Kapoor and Sanjay Dutt. The film was released in December last year.