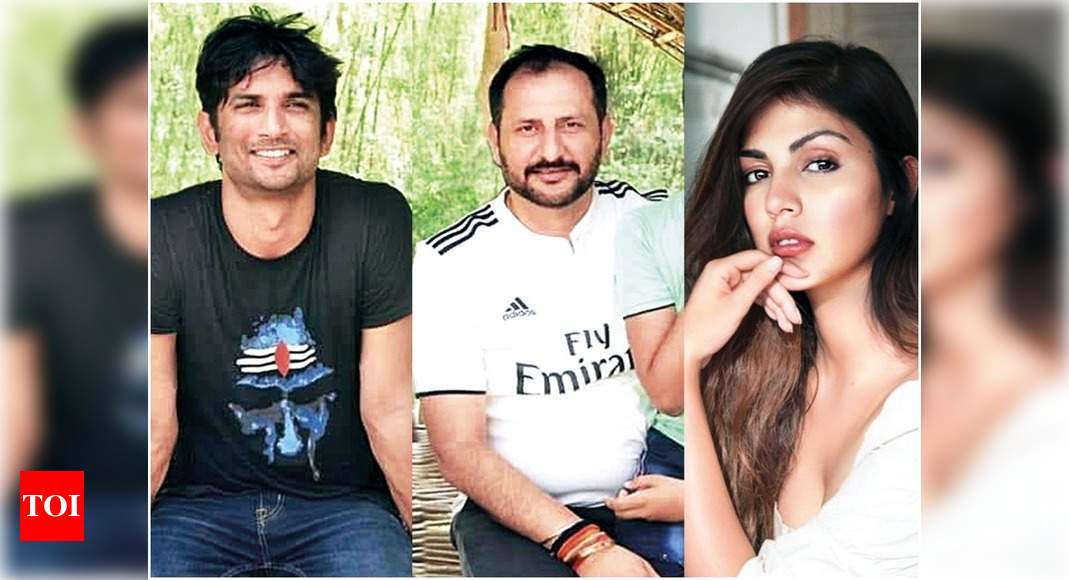 A day after the Patna Police registered an FIR against Rhea Chakraborty and her family, based on a complaint filed by Sushant Singh Rajput’s father KK Singh, it has now been reported that Rhea’s lawyer, Satish Maneshinde, has filed a petition in Supreme Court seeking transfer of investigation in Sushant’s death to the Mumbai Police.

BT spoke with Sushant’s first cousin, Niraj Kumar Singh Bablu, BJP MLA from Chhatapur, Supaul, Bihar, about the FIR, and he said, “The charges mentioned in the FIR should be thoroughly probed by the police. We have learnt about certain discrepancies, and hence, filed an FIR against her and her family members. Jab account wagerah ka pata chala, toh usse pata chala ki ek lamba transaction kam hi dino mein kiya gaya hai Rhea ke dwara, joint account mein company mein. Iske baad kuchh aur baatein saamne aayi aur yeh clear hua ki yeh saazish ke tehet Rhea ke dwara kuchh kiya gaya hai. A team of police from Patna reached Mumbai and visited Rhea’s residence without a warrant, but she was missing. We expect the Mumbai Police to cooperate with them in the investigation. Jaanch karke karyavahi kare. Kuchh sachhai hogi tabhi toh aarop lagaya gaya hai. They need to collect relevant evidence, and we are willing to cooperate with them. So far, the Mumbai Police has only questioned people, but at least tell everyone on what basis are they questioning these people. I am sure they must have found something to summon these people and record their statements. How is it possible to not find a shred of evidence even after questioning so many people? Koi bhi result nahi aaya hai investigation se?”

Several celebrities and fans of the late actor continue to question whether his death was a case of suicide and the campaign #justiceforsushant rages on. Niraj said, “Like many others, we, too, don’t think that it’s a case of suicide. However, the police need to investigate it properly. Jaanch toh kare police. Kuchh saamne niklega uske baad phir hum log dekhenge ki kya karna chahiye. Even if it’s a case of suicide, what drove him to take his own life? He was doing well for himself. So, there has to be a reason why he took such a drastic step. I had met him when he had come to Patna. He seemed happy and fine. He discussed his dreams and aspirations beyond just films. Woh 100 gareeb bachhon ko NASA bhejna chahta tha. He also wanted to get into organic farming. Bade bade sapne the uske aur bohot kuchh karna chahta tha woh.”

Niraj added, “If Rhea is claiming that she was by Sushant’s side and was getting him treated for his alleged depression, she should have informed his father and family. She should have ideally taken his (father’s) permission before taking Sushant for any kind of treatment. That didn’t happen.”

In her statement, Rhea had told the Mumbai Police that Sushant and she were planning to get married in November this year. However, Niraj said, “We had no idea about the wedding with Rhea. Yeh pata tha ki Rhea aaj kal close hai aur saath rehti hai.”

Sushant’s tragic death has sparked the nepotism debate in Bollywood all over again. Did he ever discuss problems like being sidelined by the industry with his family? He replied, “With so many celebrities talking about nepotism, we feel that he could have been a victim of it, but he never told us about it directly.”

On Tuesday, a four-member police team from Patna arrived in Mumbai to investigate the claims made in the FIR by the late actor’s family. However, when the team reached Rhea’s residence, they reportedly did not find her there. Talking to BT, Sanjay Singh, IG Central Range, Patna, said, “The team has gone there (Rhea’s house) to conduct an inquiry and investigation.” When asked if they are seeking help from the Mumbai Police for their investigation, he replied, “We require so many things from the Mumbai Police. We will be requesting them to provide all those things along with other material evidence also, apart from the statement.” On whether Sushant’s family has submitted any evidence regarding the alleged transfer of money from the account of deceased by Rhea, he said, “The allegation is a written part of the FIR. So, we will investigate the matter first.”

Meanwhile, Rhea’s lawyer, Satish Maneshinde told us, “We have filed a petition in Supreme Court seeking transfer of investigation in this case to Mumbai.”