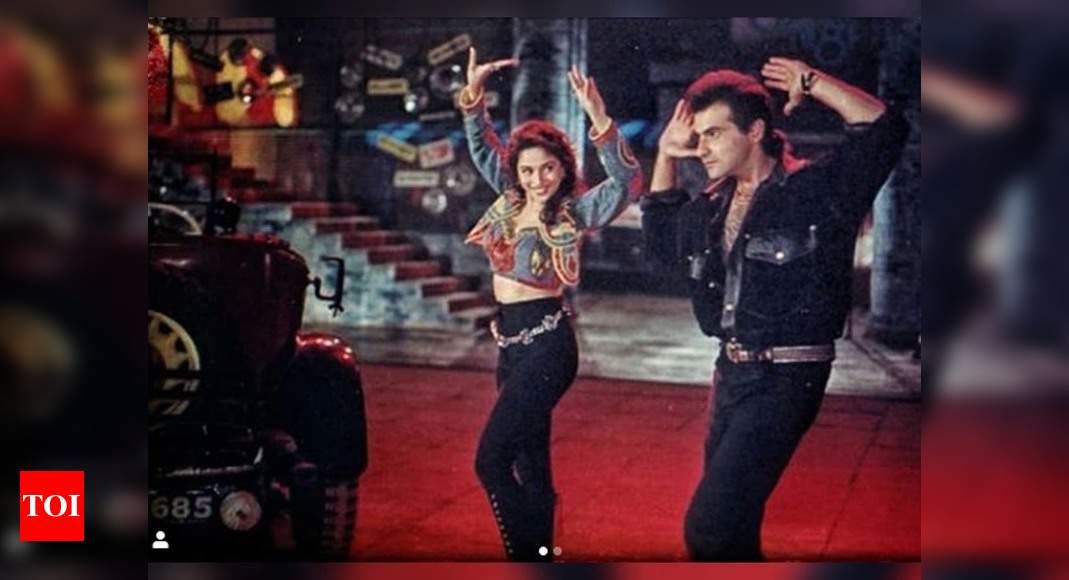 Evergreen actor Madhuri Dixit Nene and her co-star Sanjay Kapoor got nostalgic and shared throwback pictures and videos reminiscing memories of their 1995 romantic-drama ‘Raja’ as the movie clocked 25 years of its release today.

The ‘Kalank’ actor put out a post on Instagram recalling the memories associated with the film. In the post, Madhuri is seen practising for a dance number with Sanjay Kapoor while the other picture shows her standing with Sanjay and Ajay Devgn and other cast members from the film.

Along with the post, she noted, “Celebrating #25YearsOfRaja It brings back so many memories! Thank you #IndraKumar for giving me this film & it was a delight starring alongside @sanjaykapoor2500.”

Extending gratitude to the team members, the ‘Devdas‘ star further added, “My humble gratitude to the cast & team members for making this film a grand success & to all of you for your constant love over all these years.” (Along with a red heart emoji). Madhuri’s co-star in the film, Sanjay Kapoor also shared a post on Instagram featuring the popular song of the time, ‘Nazrein Mili.’ Along with the post, he recalled the memories of the film and wrote, “2nd June 1995 Raja released, a super film with a great team, 2nd biggest hit of 1995 after DDLJ, Been very fortunate with some great music in my films we Shot this song and Ankhiyan Milao Just a month before the release! #unforgettablememories [?] @madhuridixitnene #indrakumar #ashokthakeria #nadeemshravan #tips.”