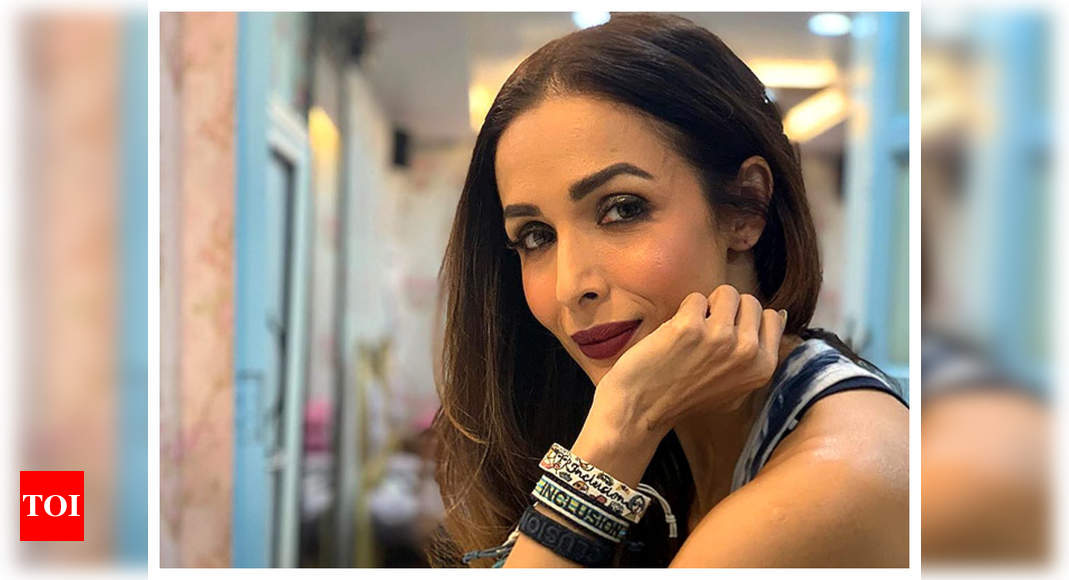 Earlier, staff members of Karan Johar and Janhvi Kapoor, respectively, had tested positive for coronavirus due to which they had quarantined themselves at home for 14 days. Even Vicky Kaushal’s building was sealed recently after a young girl reportedly tested positive for the virus.

Malaika has been making the most of her free time at home by spending quality time with her son, doing yoga and trying her hand at cooking. Apart from that, she has also been sharing a lot of throwback pictures from the past with her fans.
She has also been interacting and entertaining her fans on social media through her pictures, videos and interesting posts. Her fans just can’t get enough of the gorgeous Diva.

Malaika has also kept in touch with her girl gang that includes Kareena Kapoor Khan, Karisma Kapoor and Amrita Arora. They are often seen connecting with each other through video chats and calls. Pictures of them on social media are a treat for their fans.

Malaika is often in the news for her relationship with Arjun Kapoor. After keeping it a secret for a long time from their fans, they finally came out in the open about it recently. And ever since then, they have been painting the town red with their love story.

The couple has also clarified that although they are in a relationship, marriage is not on the cards anytime soon.

On the work front, Arjun will next be seen in an untitled film, opposite Rakul Preet Singh.