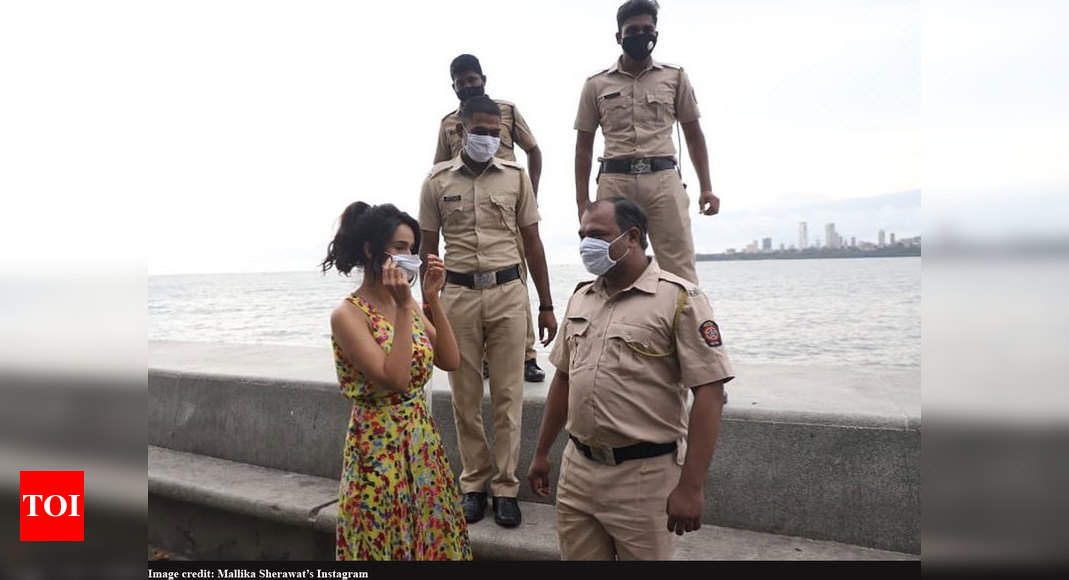 Amid the lockdown, everyone is craving to have a breath of fresh air. Bollywood actress Mallika Sherawat too went out on a stroll, but as a preventive measure, she was wearing a mask as she headed out. And during the same, she posed with Mumbai Police on Marine Drive.

The actress couldn’t help but acknowledge their efforts in the safekeeping of the city during this difficult time. Thus, she not only posed with them but also shared the picture on her social media handle and wrote – “Thank you @mumbaipolice for working so hard to keep us all safe🙏.”

Mallika Sherawat made her way to Bollywood with ‘Jeena Sirf Mere Liye’, which was released in 2002. She made a special appreciation for the film. A year later, she marked her debut with ‘Khwahish’. Thereafter, she became a popular face of the industry and was doing back to back movies. However, post her Chinese movie ‘Time Raiders’, which came out in 2016, Mallika went missing from the silver screen.