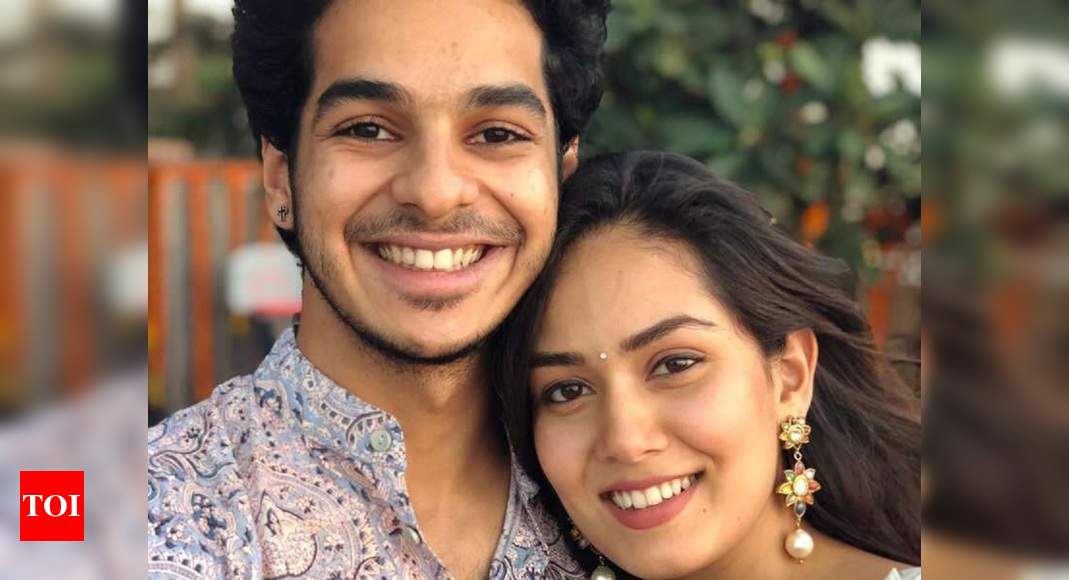 Mira Rajput and Shahid Kapoor might be away from the city but the couple has been quite active on social media. Mira, who also enjoys a huge fan following on social media, recently took to Instagram to share her excitement on brother-in-law Ishaan Khatter‘s upcoming project ‘Phone Bhoot‘.

The ‘Dhadak’ star is all set to team up with mesmerising beauty Katrina Kaif and ‘Gully Boy’ fame actor Siddhant Chaturvedi in the horror-comedy flick. While the leading trio took to their respective handles to share the first look as they announced the film earlier this week, Mira re-shared the poster and wrote, ‘Can’t wait!!! @ishaankhatter.’ Check out her post here: 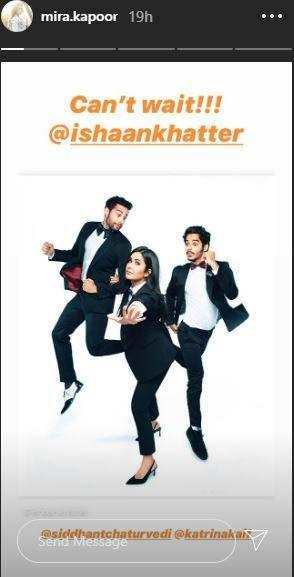 While Mira is currently self-quarantining with husband Shahid and family in Punjab, the talented actor’s upcoming sports drama ‘Jersey’ has also been halted.

Meanwhile, produced by Farhan Akhtar and ‘Phone Bhoot’ will be releasing next year. Apart from ‘Phone Bhoot’, Ishaan will also be seen in Maqbool Khan’s ‘Khaali Peeli’ in which he’ll be sharing the screen space with Ananya Panday.