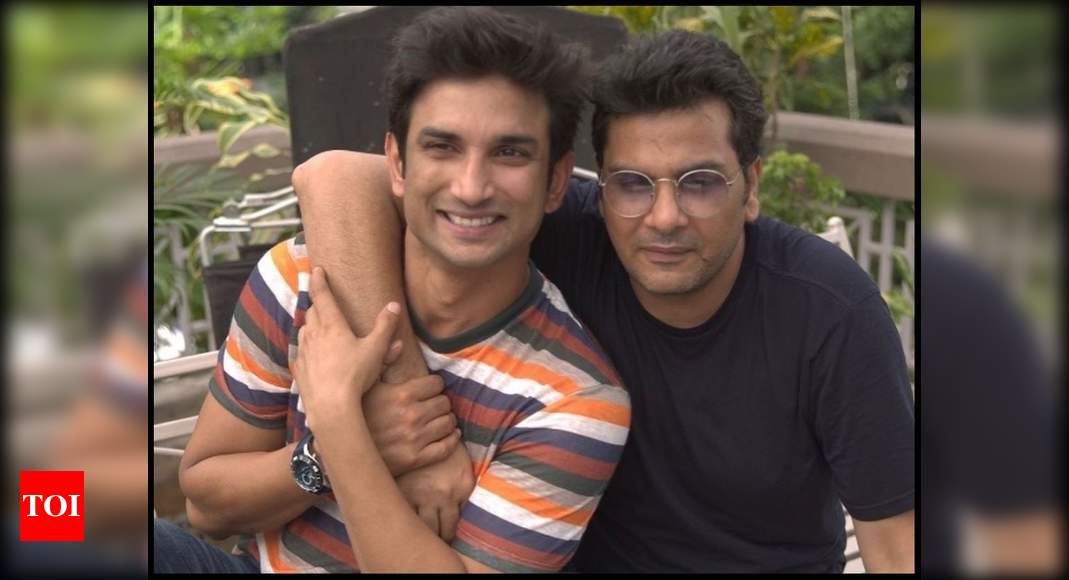 Bollywood actor Sushant Singh Rajput passed away on June 14 and his untimely demise has shocked everyone. Today, it’s been a month since Sushant left for his heavenly abode. His good friend and director Mukesh Chhabra has taken to social media to remember the late actor.

Soon after he posted the pictures on Instagram, fans started commented with a broken heart emojis. One of the users wrote, “I miss you Sushant bhai 😪😪😪😪” While another user put a happy comment, “memories with sushant are the most meaningful .. make it a passion to continue the life to come .. sushant will be happy to see us all happy and in love with him.❤️❤️😇😇”

Mukesh, who is disturbed with Sushant’s suicide, had also written a heartfelt note after his demise. He mentioned how Sushant was like a brother to him. His post read, “Sushant was like a brother to me, it is so unfortunate and heartbreaking and I cannot even put it down in words. Sushant was an introvert but he was really intelligent and talented beyond words.The Industry has lost a gem, an irreplaceable gem. Deeply saddened and shocked. I still can’t believe it. Our endless conversations have come to an abrupt end. I hope you are in a better place my brother , will always miss you and love you. ❤️मेरा भाई”

Meanwhile, the Mumbai Police is currently investigating his death case. His alleged girlfriend Rhea Chakraborty was interrogated for almost nine hours since she was staying with him during the lockdown. Apart from her, his good friends Mukesh, Sanjana Sanghi, Rohini Iyer and Siddharth Pithani have also recorded their official statements. Even Sanjay Leela Bhansali, Akshay Kumar’s manager Reshma Shetty and a casting director of a leading production house have also been questioned in his death case.