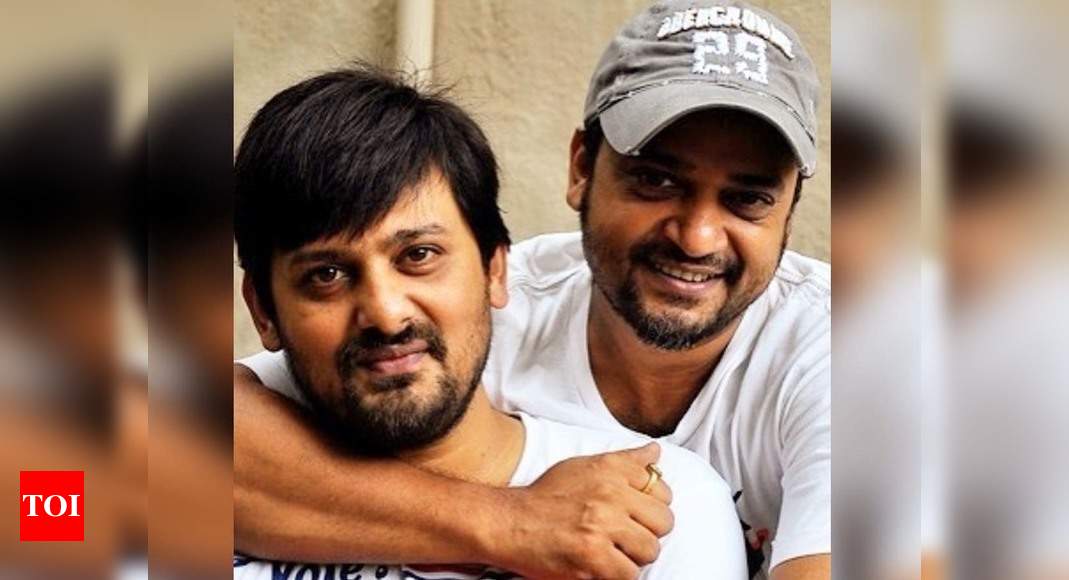 Music director Sajid has not spoken about the big tragedy in his life (June 1) when cruel fate struck and took his brother and music partner Wajid away. ETimes caught up with Sajid yesterday afternoon for an interview.

Excerpts from the conversation that followed:

The reason is simple. For how long will I be away? Firstly, one of the most important persons in my life went away. Two, mera dil ghabrata tha un saare logon se baat karne mein jo Wajid ko jaante the. And thirdly, my mother had not been keeping well. I never knew that the depth of pain can be so immense. I fought for Wajid’s health for two-and-half years. I never wanted him to feel alone. Agar upar wale ki marzi rahi, toh hum dono bhai saath chalenge, I used to tell him; I don’t get scared of such things. But, now today, I often get up in the middle of night aur meri saans choke ho jaati hai. 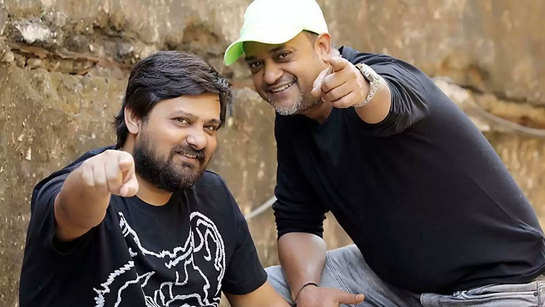 How did Wajid’s health woes begin? Was it after his heart surgery that happened about 2 years ago?

It wasn’t surgery, it was just a stent that was put.

You know, Wajid was a very sensitive person, a very pure breed of artiste. He would do anything for you but if he felt something bad about you, he would get immensely hurt. I would often tell him that he needs to understand that people in this world have an agenda. He wouldn’t understand me but finally got tired with his mohabbat ka trip and told me: ‘Sajid bhai, tum sahi ho’.

But there’s someone in our lives who came without any agenda. That’s Salman Khan. Another one is Sajid Nadiadwala. We may not have worked together a lot but there’s an extremely strong family type of bond with not just him but all his family members.

We never did any politics. We never gave quotes that make unnecessary headlines. We didn’t take any credit when our movies started notching up the 100 cr collection. And today, I have decided something more.

99 per cent cheezen jo mere se lena dena nahin hai, I am cutting it off. I just want to concentrate on continuing my family’s legacy, looking after my mother and always being there for my wife and kids. And I shall work for the janta who wants good music.

You are right. Bahut haath pair chalaye. Some people came forward and asked for huge sums of money for giving him a kidney, but we wanted to ensure that everything is legally done. Also, some people came forward heartily at first but sooner or later chickened out. Then, I tried to do tests if my kidney could be given to him. Lekin kuch match nahin hua.

Suddenly, I came to know that Lubna had quietly undergone many tests and done a lot of paperwork to give her kidney. But after that, she had no option but to tell me. The docs told her that they would have to get me into the picture and I will have to be told before they go ahead.

She started crying and told me to not refuse as Wajid was not just my brother but her’s as well. She added: ‘Agar uppar wale ne mujhe is kaam ke liye layak samjha hai aur aise layak insaan ke liye, toh mujhe pechche mat hatne ko bolna’ (breaks down, again). You can’t imagine my state when the doors closed in the operation theatre on the actual day when the transplant was performed.

But soon, Wajid was getting fine again; he was quite a bit in his elements. Lekin yaar, kya bataun? We made one mistake.

More recently, he got himself admitted in the hospital. I didn’t want him to get admitted.

What was the need for the hospitalisation?

He had breathing issues. He told me he wanted to be under medical supervision for a few days instead of managing at home.

You didn’t want him to get admitted because COVID-19 had enveloped us?

No. This was still very early days of Coronavirus. The pandemic hadn’t set in fully.

And what happened in the hospital? He even contracted COVID-19 at a later stage…

Pata nahi. You can’t even imagine the trauma and fright I have undergone when I was going to see him in the hospital. I couldn’t leave him alone. Par mere jigar ka tukda yeh pandemic le gaya.

Retracing your journey, which song would you term as the flashpoint of your success road?

I worked a lot with Gulshan Kumarji. He meant a lot to me. My relations might not be good with T-Series or they might have forgotten me, but Gulshanji loved me.

I would attribute the ‘Deewana’ album as the flashpoint. Even our first song, the remix of Yeh kahan aa gaye hum, for that matter.

Of course, ‘Pyar Kiya Toh Darna Kya’ (the song Teri Jawani) was a big one for us, but it gave us Sohail Khan in our lives who is not just a friend but a brother too. Even Salman liked us a lot. And, Salim Khan saab was surprised to know that Wajid and I have composed the ‘Deewana’ number; he joked with us if our uncle or aunt had helped us to do it.

Which song was Wajid’s favourite? And yours?

‘Hello Brother’ title song. Wajid and I often cheered each other up with this song, when we felt low.

You will continue to use the name Sajid-Wajid in credit titles. Right?

Dekho, I would love to. But there are certain things that have surfaced and I shall have to solve them. But even if I am not able to, I will have a tattoo of Wajid’s name across my heart.

Just that look at us and get close to your siblings. I see several men and women going apart from their siblings for several years. Let’s get together and change that.