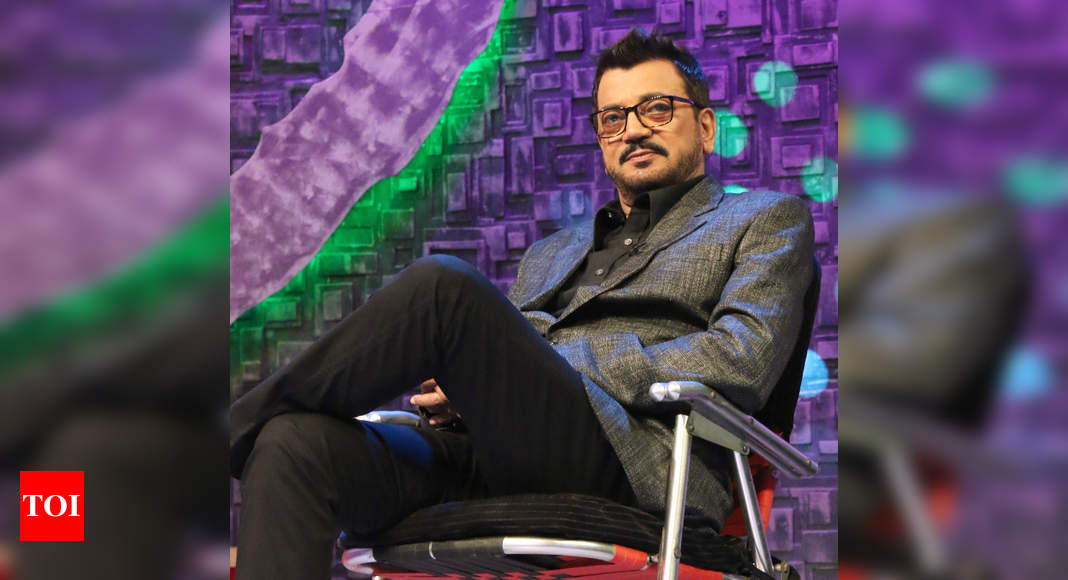 The nepotism debate has taken Bollywood by storm following Sushant Singh Rajput’s death. And now, closer home, actress Sreelekha Mitra has opened a can of worms by accusing Tollywood superstars of practising favouritism and controlling the casting game in a video that went viral on social media. In the light of Sreelekha’s explosive statements, CT spoke to industry veteran Chiranjeet Chakraborty, who has spent more than four decades in Tollywood. In a no-holds-barred interview, the actor talks about his survival guide for the industry, the importance of dignity and more. Excerpts:

How has the lockdown been for you so far?

When I look back at the almost 70 years of my life, it seems that time has passed by in a jiffy. The three months of lockdown gave me a similar feeling. I think when you have name, fame and money, spending time is easy. But when you are struggling, even an hour seems like a day. So, thanks to Chiranjeet Chakraborty (his screen name) for doing hit films that helped me earn enough to lead a happy and peaceful life. But it is Dipak Chakraborty (his actual name) who will always be close to my heart as he is the source of my creative freedom. One should learn to accept that they can’t get everything in life. And instead of brooding over it, they should make best use of their creativity to achieve it in some form.

You are a Tollywood veteran – a superstar who has been part of the industry for 41 years! Making your way to the top must not have been easy. Are there any specific instances of professional setbacks or rivalries that you would like to highlight?

Roller-coaster rides add value to the journey of life. Ups and downs teach you the real meaning of success and happiness. A smooth graph indicates a boring life. I like to live my life with the help of cinema, not by worshipping cinema. So, my expectations from this world are limited. Sky-high expectations cause frustration. It is important to have a balance in what you do and not be obsessed with it. I follow a simple logic to lead my life, especially on the professional front. To be able to survive in the profession, one needs to be a good kite flier. The sky is the professional field and there are several kites out there, trying to reach higher than you. In the process, the other players will try to pull you down, but it is up to you to take control of your kite and reach new heights. At times obstacles like rain or thunder will stop you from flying your kite despite all your efforts, but you must not give up; wait for the sun to come out. You need patience to deal with tough situations but with dignity. Not many would know that I am the only person other than Manik da. (Satyajit Ray) to work on the cover illustrations for Sandesh. But I never asked him to cast me in any of his films. That is dignity! No point blaming others for what you couldn’t achieve in life. That won’t change your career graph and rather make you look like a jealous loser. So, better focus on honing your kite flying skills, your talent. You can hardly make friends in the professional world. For me, steering clear of backstabbing and other obstacles in my professional life is just like minding my steps while walking on a messy road. You got to avoid stepping on the muck.

Lobbying and nepotism have always been a cause for concern in film industries at large. But the debate has gained momentum after Sushant Singh Rajput’s death. Is it a reality in Tollywood too?
Nepotism doesn’t exist in Tollywood. It is a problem in Bollywood. I don’t think Uttam Kumar’s son or Suchitra Sen’s daughter enjoyed more privilege because of their parents. Being stalwarts, they never tried to use their influence to create favourable opportunities for their children. However, I’d say what has always existed in Tollywood is favouritism. But isn’t that true for every profession? One must learn to deal with it. In our time, there was no social media to put the spotlight on lobbying in the film industry. But thanks to technology, word spreads like wildfire now. Some even treat social media as a courtroom. It is good that people are talking about issues like #MeToo openly. This will compel people to think twice before indulging in any malicious activities.

At a time when actors and filmmakers are collaborating on international projects and doing good work across platforms, we are still dealing with issues of godfathers and lobbies, exploitation, and casting couch. How do you think such controversies affect the Bengali entertainment industry? Is there a need to discuss these issues openly and resolve them?

All these issues exist in every profession and so does favouritism. But cases in the film industry attract more attention because it involves people who are in the limelight. How one reacts to such incidents is their personal choice. For me, dignity is sacrosanct. I don’t like to get involved in mud-slinging. Why would I want the world to know about my frustrations? No matter how honest and painful, sharing your experiences won’t make a difference to the Bengali entertainment industry. Learn to accept and let go. I couldn’t do Aparna Sen and Tarun Majumder’s films for a reason. My voice was dubbed in Rituparno Ghosh’s film despite me being there. And there have been cases where people did try to pull me down. But I ignored everything. Of the 250 films I have done, most are hits because I kept my focus on my craft. I am still doing lead roles. I will soon start working with a debutant director for a film that revolves around writing letters, which is a forgotten art now.

One of the topics that are being widely discussed now is mental health, especially for youngsters. The pressures of stardom and finding your place in the sun affect both men and women. What will be your advice to anyone trying to make a mark in the industry?

Gather enough wisdom before stepping into this industry. Your mental health is bound to suffer when you start making comparisons. People nowadays don’t live for the present, they overthink about the future. Stop that. Learn to identify your strong and weak areas. Don’t try to achieve everything together. Wait for the right time. Go with the
apna time aayega attitude and never succumb to pressure.