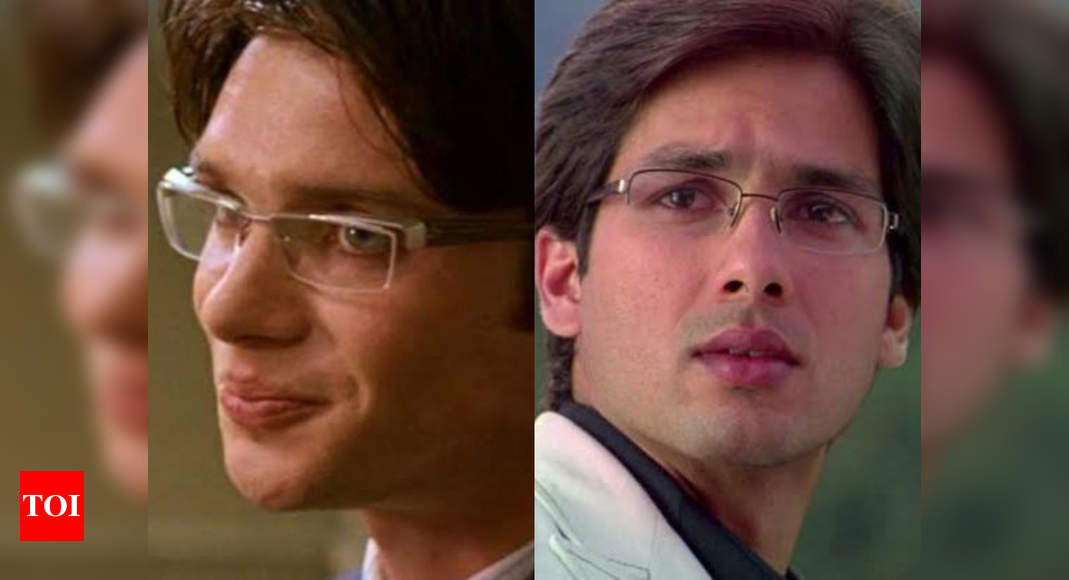 Social media has given several instances where netizens have found Bollywood celebrities’ lookalike that can confuse anyone. Adding tot he list of doppelganger, now netizens point out the uncanny similarities between Hollywood fame Cillian Murphy and ‘Jab We Met’ star, Shahid Kapoor. And, it’s hard to tell the difference.

The idea sparked after a meme on Facebook compared two different hit roles of Murphy and read “You know him from Peaky Blinders, and I know him from Batman Begins. We ain’t the same, bro.” To this, a user replied, “I know him from jab we met.”

This comment started a meme fest on the internet and netizens couldn’t agree more. One user wrote, “Why does Cillian Murphy from Batman look like Jab We Met’s Shahid who is just about to sing ‘Tum Se Hi’?”

“Cillian Murphy is basically Shahid Kapoor from Jab We Met,” added another.

Why does Cillian Murphy from Batman look like Jab We Met’s Shahid who is just about to sing “Tum Se Hi”? https://t.co/K7tuteNoR5

Cillian Murphy as @shahidkapoor in Jab we met is everywhere on the Internet! I cannot unsee it! https://t.co/u1HjFPySY7

cillian murphy is the love child of shahid kapoor and kareena kapoor from jab we met. holy fuck https://t.co/omTGLJTrjm

Don’t know if this is disrespectful to shahid kapoor or cillian murphy https://t.co/NUyRQCgewX

So, a lot of you were posting about how Cillian Murphy from Batman, and Shahid Kapoor from Jab We Met look alike.… https://t.co/0NRW2p66CO